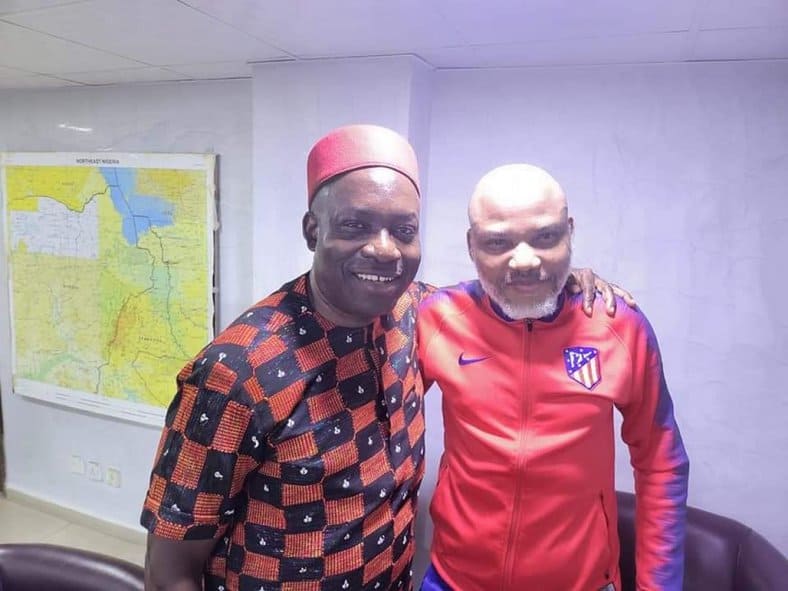 The governor of Anambra, Chukwuma Soludo, has urged the federal government to release the leader of the Indigenous People of Biafra (IPOB), Nnamdi Kanu.

Soludo promised to stand as surety to ensure Kanu’s release.

He stated this while speaking on Saturday at the campaign flag-off of the All Progressives Grand Alliance (APGA) in Awka, the Anambra capital.

Soludo said Kanu is critical to the security conversation in the south-east and is needed to discuss the future of the region.

He added that if the federal government cannot release Kanu unconditionally, he will stand as surety to ensure Kanu is available whenever needed.

“But here is the big one. As the security people say, we need kinetic and non-kinetic approaches to solve this problem. We thank you for all the kinetic in terms of the force.

“We have also inaugurated the truth, justice and peace committee in Anambra to get to the root causes, immediate and remote causes of the insecurity in the south-east and that commission is completing its work.

“We’re also engaging the youths and also implementing various forms of non-kinetic engagements, but it is now time for the federal government to help us with the last leg of this non-kinetic approach.

“I now want to appeal and plead and request and demand of the federal government and our able President Buhari, that a critical person required around that table for that conversation to be complete — for us to have an all-round approach to dealing with the issue of insecurity and discussing about the future of the south-east — that person, and we need him urgently around the table, please release him to us — is Nnamdi Kanu.

“I’m calling on the federal government to please release Nnamdi Kanu. We need him around the table because we believe that we now want to have a comprehensive heart-to-heart conversation on the future of the south-east — about the future, security and prosperity of the south-east. No one should be left behind; everybody should be there.

“If we cannot release him unconditionally as requested by the court judgment and so on, I now offer to be the surety. Release him to me; release Nnamdi Kanu to me.

“I will keep him; I will provide him shelter; and anytime that you need him, we will bring him to you. Give him to me and we will house him here in Awka. Release him, let us bring this insecurity in the south-east to an end.”