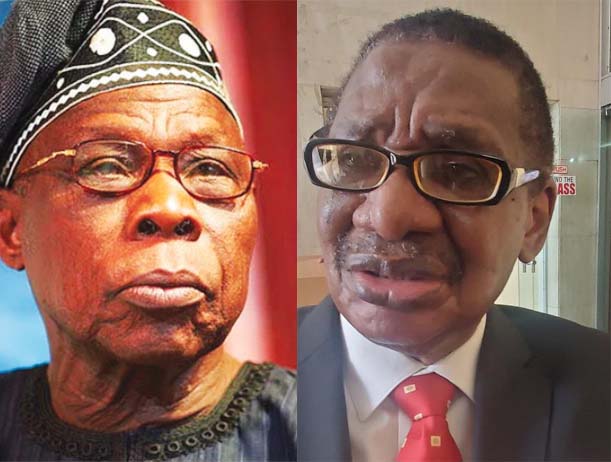 Prof. Itse Sagay (SAN), Chairman of the Presidential Advisory Committee Against Corruption (PACAC) in this interview with TEMIDAYO AKINSUYI, speaks on developments in the country ahead of the 2023 general elections. He also shares his thoughts on the cashless policy of the Central Bank of Nigeria and other issues. Excerpts:

Former President Olusegun Obasanjo in his recent letter addressed to Nigerian youths endorsed the presidential candidate of the Labour Party, Peter Obi. Do you think his opinion will have any impact on the choices Nigerians will make when the times comes to elect the next president?

I think Obasanjo is a hypocrite in many ways. He tries to show off as he was the best thing that ever happened to Nigeria, even though under his regime, we had a lot of setbacks. While he was in office, he himself wanted a third term which would have been a breach of our democratic practice and renewal. Another thing I have always said about Obasanjo is that he doesn’t control himself. He is a retired Head of State and very well respected elder statesman who is on telephone terms with the presidency. If he has anything to say, he can always call him and discuss with him.

As for his letter on who is the best person to vote for, he has gone beyond that at his level. He should just keep quiet and let Nigerians decide. He should not be partisan. He should be above all that. I feel he is lowering himself to the level of politicians by doing what he is doing. We have former leaders like Yakubu Gowon and Abdulsalami Abubakar. They don’t do what Obasanjo is doing. They all respect themselves. I think Obasanjo should not think that he knows everything and his opinion is the best. He should stop behaving as if he is a hanging president of Nigeria which he is not. So, if find his recent actions reprehensible and he should show some restraint in his public attitude because he is a very senior person in this country.

He also said he never wanted third term and could have gotten it if he wanted. Do you agree with this?

That is not true. He wanted third term and did everything to get it but he failed. The national assembly refused his agenda. We all watched it on television then when it happened. The president of the Senate then, Ken Nnamani put the question to the senators on the amendment of the constitution but not a single person supported it. So, Obasanjo should stop trying to rewrite history. We have forgiven him. He is a man I have some respect for particularly the way he is still acting, not in terms of politics but as a human being. He travels a lot on election monitoring and peace mission across the world. I admire him for that but let him stop interfering in Nigerian politics. He has done his own and he is gone. It is about time he allows Nigerians to carry on without his interference.