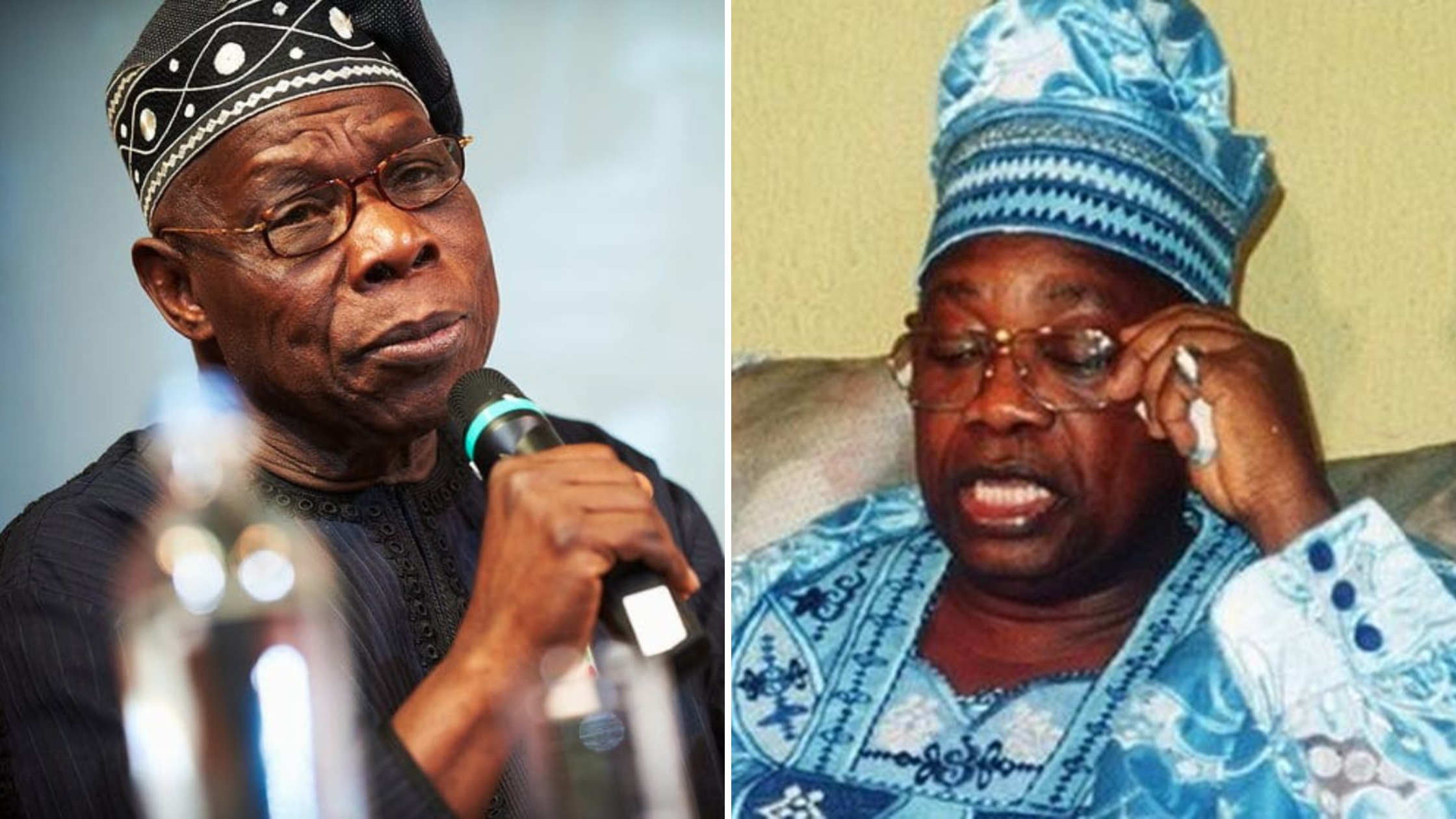 Naija News understands that MKO Abiola was named the presumed winner of the June 12, 1993, Presidential election.

However, the publisher, businessman and politician was denied the position and later was assassinated in Abuja on 7 July 1998.

Delivering a speech on Wednesday at a lecture titled “Eyin Ni Iwe Wa: You Are Our Epistle,” in Ogun State, Obasanjo said MKO Abiola could not be Nigeria’s president three decades ago due to the actions of some ‘bad belle’ – (bad people).

The former military head made the assertion at the centenary celebrations of the Baptist Boys High School, Abeokuta, Ogun State capital.

According to him, MKO Abiola, a product of BBHS, was denied his mandate.

Obasanjo said without the moral virtues and sound education impacted on him by BBHS; he would not have become what he is today.

He stressed that the school molded the late sage, Obafemi Awolowo, former Judge of the International Court of Justice (ICJ), Prince Bola Ajibola, among others, into what they all became in life.

Awolowo was at BBHS in 1928; Ajibola graduated in 1955; Abiola was among the 1956 set, while Obasanjo left the school in 1957,CityNews understands.

Obasanjo noted that aside from education, the 100-year-old school had, at different times, inculcated godly virtue in all its products.

“Without BBHS, I would not have been what I am,” Obasanjo declared.

The retired general said the BBHS would have had MKO Abiola as another former president apart from him, but “bad belle” prevented him from becoming President.

“I believe that I must not be too forgetful to leave out yours truly, the son of Obasanjo, a modest war-victorious General and former Military Head of State and former President of Nigeria. Chief M.K.O. Abiola, the first communication industry millionaire in Nigeria and the acclaimed winner of the 1993 Presidential election who was in a class by himself.

“If not for Nigerian bad belle, M.K.O. Abiola would have been President and with me as President, we would have needed one more old student of BBHS to be President for us to permanently locate it in BBHS after three times. And that is a challenge for up-and-coming generations of old boys.”

The octogenarian urged the new generation to preserve the moral virtues and discipline impacted on them by the school and pass it on in perpetuity.

Obasanjo stressed that what all products of BBHS have in common is godly virtue inculcated in them by the School.

“That was education plus. We carry it to anywhere we go as epistle written by BBHS to our families, our communities, our States, our country, and our continent of Africa and indeed our world.

“We must impact with humility, honesty, integrity, wisdom, courage, competence and fear of God – these must continue to be our characteristics and our attributes to make a change for good wherever we are. We must be different,” Obasanjo said.