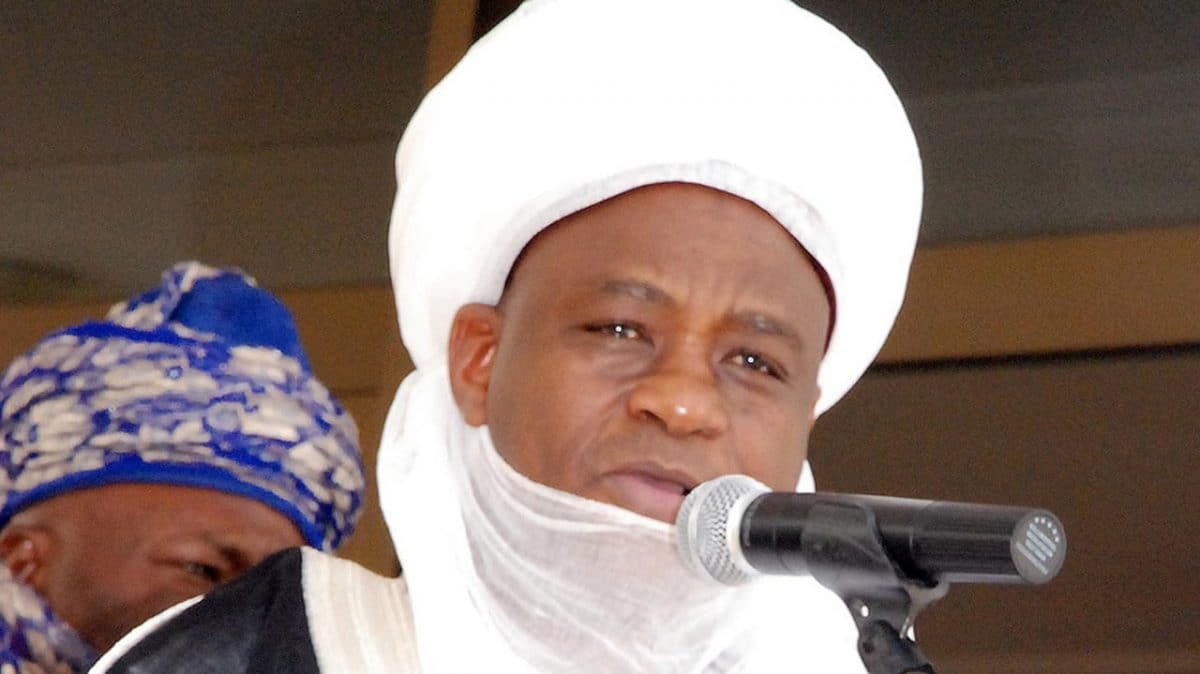 2023: Sultan Of Sokoto Speaks On Endorsing Peter Obi For Presidency

In a statement on Thursday by its spokesman, Bashir Adefaka, the Sultan said he would not be dragged into politics less than 35 days before the Presidential election.

Abubakar warned those peddling falsehood of his purported endorsement of Obi and denial of the All Progressives Congress (APC) flagbearer, Bola Tinubu, to desist from such.

The Sultan said he is concerned with the security, peace and unity of Nigeria, especially as the nation is fast moving into its long-planned and heavily invested general elections.

According to the Abubaakar, he will continue to support all efforts that will lead to the success of the election process.

The statement reads: “The attention of Media Team of Sultan of Sokoto, Alhaji Muhammad Sa’ad Abubakar, has been drawn to a statement circulating on social media titled, “BREAKING: SULTAN OF SOKOTO WRITES” with an opening credited to Sultan purportedly saying, “Hold me responsible if Peter Obi didn’t perform well, the problem of the North is from the north, not Peter Obi or an Igbo man, it will be worst and more deadly for the North if Tinubu wins, if they tell you an Igbo man is the problem of Nigeria, tell them Igbo man never rule Nigeria before and north is world poverty capital.‘

“Ordinarily the statement should not be dignified with a pinch of reaction but because of the need to put the record straight for the sake of truth-seeking Nigerians. Recall that this is not the first time such misleading statements would be circulated in an effort to climb on the influential personality and name of the Sultan to score political goals.

“Unfortunately for these pitiable political campaigners, the Sultan of Sokoto is – strictly speaking – a traditional ruler and leader of Muslims in Africa’s most populous country. Moreso, as a retired Army General, his discipline, commitment and unalloyed to Nigeria are non-negotiable.

“For the avoidance of doubt, the statement is fake because such an irresponsible write-up, credited to him, could not have emanated from anywhere near or around His Eminence Alhaji Muhammad Sa’ad Abubakar, the Sultan of Sokoto and President General of the Nigerian Supreme Council for Islamic Affairs, NSCIA.

“It would interest Nigerians to know that Presidential Candidate of the Labour Party, LP, Mr Peter Obi, was not one of those that paid a visit to the palace, whether on Wednesday or Thursday. So, how some agents of discord whose stock-in-trade is to thrive on cooking falsehoods and peddling Fame news think that they can get through with this remains unknown to common sense.

“The simple challenge is to ask them to publish a copy of the letter purportedly written by the Sultan or a video or audio clip where he endorsed Peter Obi and denied APC Presidential Candidate Asiwaju Bola Ahmed Tinubu as contained in their peddled fakeness.

“If they cannot, and of a surety they cannot, they should desist from this indefensible claim and unpardonable lie using the good bane of His Eminence because it will backfire.

“It should, however, be made clear to the good people of Nigeria that this, like many others in the past by the Peter Obi campaigners, would not stop the Sultan from continuing to play his role as a multifaceted leader and father of all and so, his doors will remain open to all aspirants across all parties and other meaningful people from across the country.

“More important to Sultan Sa’ad Abubakar at this time and always are security, peace and unity of Nigeria, especially as the nation is fast moving into its long-planned and heavily invested general elections. He will continue to support all efforts that will lead to the success of the election process. So, let any incoherent claims of naysayers be ignored. Sultan is not a politician.”