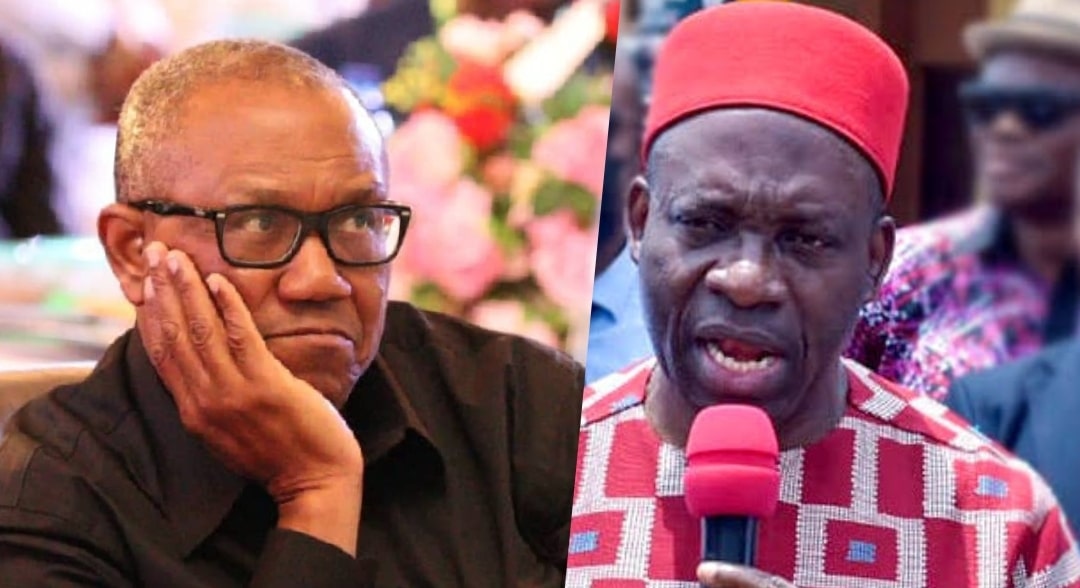 Anambra State Governor, Charles Soludo, has slammed Labour Party (LP) and its presidential candidate, Peter Obi, over comments on the removal of their billboards in the state.

Speaking during an appearance on Channels Television’s Politics Today, Soludo said the billboards were removed for flouting the state signage and advertising regulations.

He said it was unfortunate that Obi and LP could allege high-handedness against his administration, which on two occasions okayed the use of government’s premises for events organised in honor of the LP flagbearer.

The governor, who assumed the national leadership of the All Progressives Grand alliance (APGA) last Saturday, accused LP and the former. Anambra governor of pettiness.

He said: “The Anambra State Signage Agency has sufficiently dealt with that.

“It is on record that I have on two occasions granted government properties to the Labour Party without paying a penny. Nobody has done that before.

“The other day, they had their campaigns in Onitsha.  They have their billboards all over the place. The point is, when you fail to play by the rule, by putting up billboards without making payment for such, of course, the signage agency will come after you.

“The problem is that they want to exercise a mentality of entitlement but we can’t continue to give them everything for free.

“It is on record that no party, the PDP, APC and others are complaining. Why only the Labour Party?

“I may have some faults as a human being, but being petty is not definitely one of them. The Labour Party has no reason to complain whatsoever.”

Soludo said when Obi was the governor of the state, he didn’t allow LP to use public property in the state even after the latter had paid.

He added: “Peter Obi, as a governor of Anambra State didn’t even allow the Labour Party to freely campaign in Anambra.  He denied them the venue they paid for.  But I have allowed him and his party to use government properties free of charge twice.”