Gisele Bündchen’s rumored romance with Valente Brothers co-creator and jiu-jitsu instructor Joaquim Valente appears to be heating up, as the pair were once again spotted together in Costa Rica on Saturday, January 14th. The 42-year-old former Victoria’s Secret Angel was papped jogging with Valente, and could be seen working up a sweat in a halter-neck green cropped top that flaunted her sculpted washboard abs perfectly, and matching green shorts that showed off her toned legs, while Valente was spotted running just behind her, wearing a gray T-shirt and dark shorts.

The rumored romance seems to have her fans’ seal of approval, at least if the comments on Page Six‘s post featuring one of the pap pics of the pair running are anything to go by! “Sharing AirPods = true love,” one eagle-eyed fan commented, noticing that they appear to be sharing AirPods, followed by the red heart emoji. “Good. For. Her,” wrote another, followed by three hand-clapping emojis. “Go on QUEEN!” they added, which another echoed, writing, “Good for her!” “Love this for her,” gushed another fan, followed by a red heart emoji. “Good for her SHE’S WINNING!” exclaimed another. 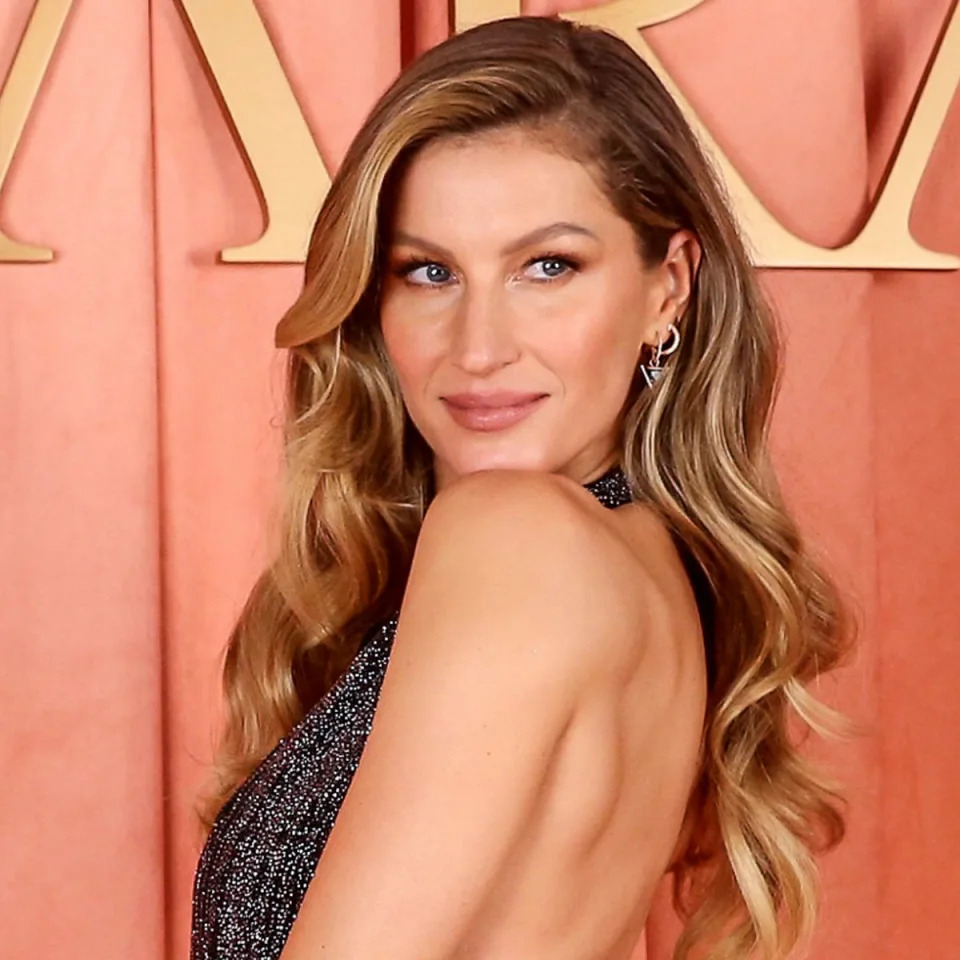 Gisele And Valente First Spotted Together In November 2022

Gisele didn’t appear to stay single for long after filing for divorce from 45-year-old NFL star Tom Brady in October 2022, as just one month later, she and Valente were already making headlines after first being photographed together on a Costa Rica vacation on Saturday, November 12th!

According to reports, the pair were spotted having dinner at Koji in Provincia de Puntarenas. Gisele was flaunting her toned stomach in an oversized cropped top and casual but chic black pants, while her hair was worn in effortless beach waves.

Things already looked like they were getting serious between them, as Gisele and Tom’s two children, 13-year-old son Benjamin and 10-year-old daughter Vivian, were also in attendance, as was Joaquim’s co-trainer Jordan. For what it’s worth, Tom also seems to be moving on too, as he has been linked to 26-year-old Slovakian model Veronika Rajek.

Eagle-eyed fans may recognize Joaquim from Gisele’s Instagram account from earlier this year, as she has actually been learning jiu-jitsu with him for quite some time. Back in February 2022, Gisele showed off her moves in an Instagram video, and thanked Joaquim and his brothers Pedro and Gui for being “awesome teachers.”

She captioned her post: “I believe the more tools we have in our toolbox the better. I feel stronger, more confidence and empowered since I started practicing self-defense. I feel it’s an important skill for all, but specially for us women. Thank you @ValenteBrothers for being awesome teachers and for making training so much fun. I am looking forward to keep improving. Let’s go!” The Tampa Bay Buccaneers quarterback even joked about it in the comments section, writing: “My days of leaving dishes in the sink are numbered.”

Gisele And Joaquim Pose For ‘Dust’ Magazine Together

Gisele and Joaquim’s relationship actually started even earlier than that, as the supermodel posed with Joaquim and his brothers in a Dust magazine spread about jiu-jitsu back in 2021. And we have to admit, the pair do look very good together, especially in their sharp business attire!

We know that a picture speaks a thousand words – and although Gisele and Joaquim’s chemistry seems hard to ignore in the pictures and videos, a source close to the Brazilian supermodel actually insisted back in November 2022 that there was no truth in the initial rumors that she and Joaquim were dating. (Could this be to throw fans off the scent, perhaps, to give the couple some privacy, or could it in fact be the truth? And could things have now changed a few months down the line? We can’t say for sure right now!)

The New York Post and Brazilian gossip site Purepeople are among the publications which have suggested that the pair *are* dating, but for the sake of covering all sides of the story, let’s hear the insider out. According to the insider, “He has been her kids jiu-jitsu teacher for years,” they said, in reference to Joaquim. “There’s no truth to the rumors that they’re dating.” Another source told Page Six last year that their relationship is “strictly platonic and professional,” adding, “Joaquim and his two brothers have instructed Gisele and the children in martial arts for the past year and a half.”