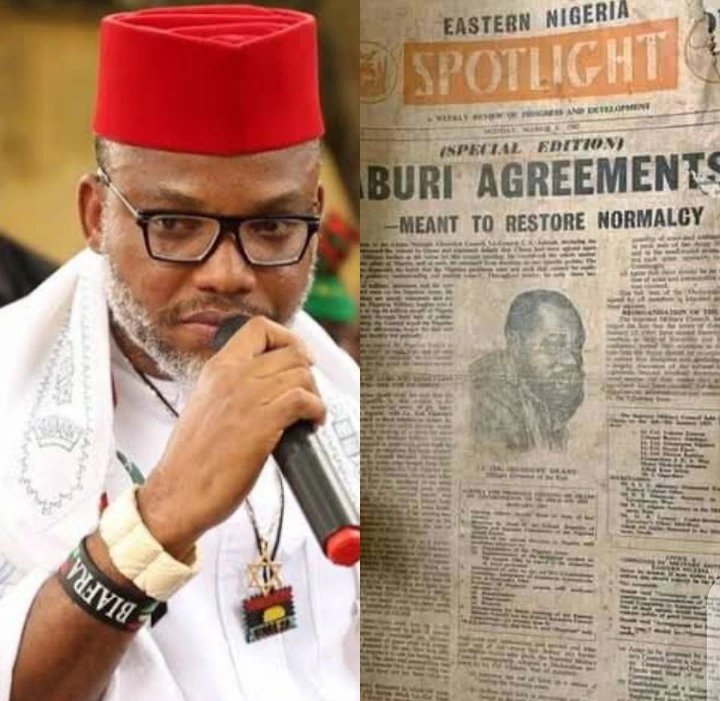 Kingsley ‘Kanunta’ Kanu, the brother of the detained leader of the outlawed Indigenous People of Biafra (IPOB), Nnamdi Kanu, on Saturday said the family is happy with the “courageous call” made by Governor Charles Soludo of Anambra State for the release of the IPOB leader.

CITYNEWS NIGERIA reports that one of Kanu’s lawyers, Ifeanyi Ejiofor, had in an an interview with Punch said the IPOB leader’s legal team welcome Soludo’s call for Kanu’s unconditional release.

Speaking further, Ejiofor stated that he was surprised that Prof. Soludo would call for Kanu’s release to him on the day that his party’s campaign began in Awka, asking the FG to release his client to Nigerians — and not the governor.

But reacting to Ejiofor’s remarks, Kanunta wrote on his known Twitter handle: “Let the the public be informed that the publication below made by @EjioforBar does NOT reflect the views of #MaziNnamdiKanu, nor that of his family.