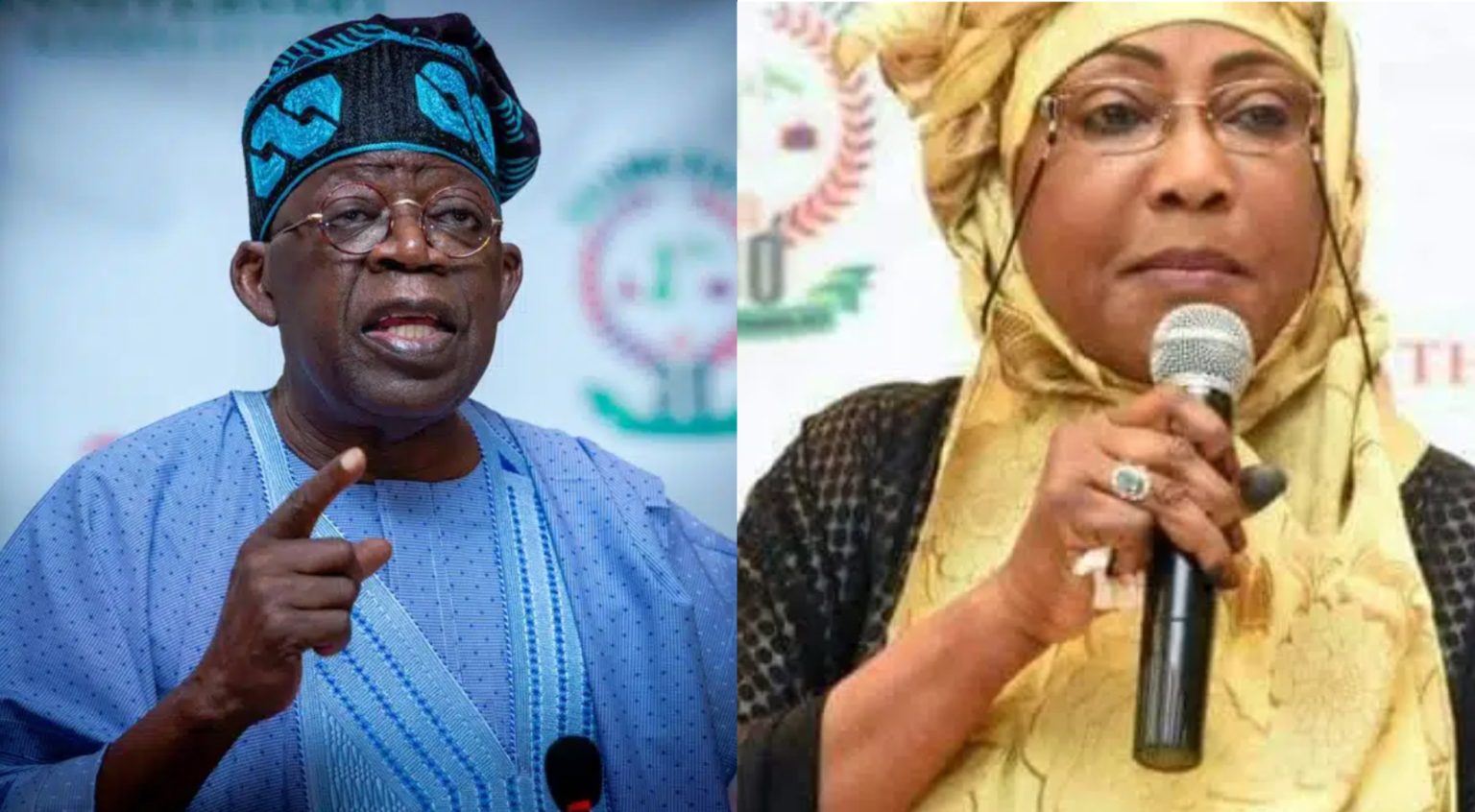 A former director in the presidential campaign council of Bola Tinubu, Najatu Muhammad has shared some details about the health conditions of the former Lagos governor.

CityNews Nigeria earlier reports that 67-year-old Kano-based politician dumped the party and resigned from her position as the Director of the Civil Society directorate of the APC Presidential Campaign Council.

Muhammad announced her resignation in a letter addressed to the APC National Chairman, Abdullahi Adamu.

According to her, a number of recent developments in the country’s political and democratic space are responsible for her decision to dump the APC and its presidential candidate, Bola Tinubu.

Speaking on the reasons for dumping the ruling party,  Najatu opened up on the health conditions of the APC presidential candidate, saying that for the times she visited him in London he demonstrated clear symptoms of dementia.

Asiwaju Sleeps Most Of The Time

She said, “Asiwaju that I sat with for two hours, he slept most of the time, it was Bisi Akande that I was really talking to. Most importantly he is not only physically unfit, he is mentally unfit, whether we want it or not, this is the truth. It’s not that I hate him, I respect him because I have heard of one or two people that he assisted which is good.

“But when you talk of leadership of over two hundred million people you know that if you remove tribal sentiments, you know that he is incapable, those that will rule are those around him. This is the reality. He is mentally deranged – I said it!

“I sat with him for two hours in London, when you talk of green, he will give you an answer of red, he can’t even decipher, he has very serious dementia, I believe he has Alzheimer’s because he cannot even hold a cup of tea.”

READ ALSO:   Fani-Kayode: Why Buhari’s number one critic had to attend ‘the wedding’

“I was in the campaign for Yola, and we had to beg them to take the mic from him, everything about Tinubu is based on lies. Imagine he is an Hausa man, will he contest elections with all these gbese on top of him? In this campaign nobody should talk of corruption because they are corruption personified.”

I Have Nothing For The North

Mohammad, who disclosed she had not met Tinubu again since after she accepted the appointment to serve in his PCC, told The Whistler that the APC candidate had no plans for the North despite the myriads of problems confronting the region.

Recalling her London meeting with the APC candidate, Mohammad said, “I asked Tinubu, “What do you have for us in the north? He looked me in the face and said “Nothing.”  I said, “Sir, you mean you have nothing for the north? The question of security, out of school children, agriculture, and many things like that, everybody in the northeast is waiting to be killed or kidnapped?”