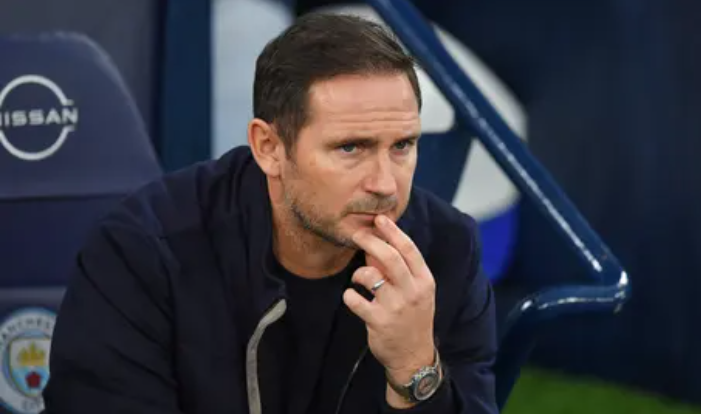 Everton football club has sacked the club’s head coach, Frank Lampard after a poor run of games and reported infighting.

With only 15 points from 20 league games this season, the outcome of Saturday’s league game puts Everton two points outside of safety.

Over the weekend, Lampard spoke with owner Moshiri, chairman Bill Kenwright, and director of football Kevin Thelwell. He acknowledged that things would change following Saturday’s 2-0 loss at West Ham.

Everton’s players received a day off on Monday following the defeat to West Ham, and they won’t be due back at Finch Farm until Tuesday.

The Toffees have only played five league games since the World Cup, earning just one point (a draw against Manchester City), and they lost to Manchester United in the FA Cup.

Their dismal performance on the field has also been hampered by off-field demonstrations by fans against the club’s wildly unpopular board, with players like Yerry Mina and Anthony Gordon coming under fire after the team’s loss to Southampton earlier this month.

Also, Lampard reportedly got into a fight with some of his players amid their poor run of form.

In his 44 games as the club’s manager, Lampard only managed to win 12 of them, while also suffering 23 defeats. This results in a win percentage of just 27% for Lampard.

CityNews Nigeria recalls that Frank Lampard replaced Rafa Benitez at Everton in January 2022, but he has been unable to reverse the damage at Goodison Park.

Advertisement
READ ALSO:   Why Barcelona are yet to announce signing of Aubameyang

Wayne Rooney, a former Everton captain, and David Moyes, a former manager who is currently at West Ham, are also potential candidates.