Home Politics Buhari Is The Target Of #EndSARS Protests – Adamu 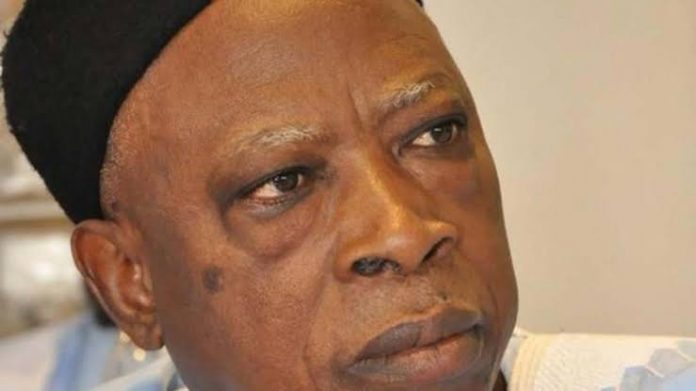 The Senator representing Nasarawa West Senatorial District said this in an interview with Daily Trust.

He also spoke at the meeting in Kaduna attended by the northern elders, governors, traditional rulers, among others.

Adamu suggested that the End SARS was another plot to destabilize Nigeria after the alleged initial attempt with labour strike failed.

He accused some prominent Nigerians of plotting against the government and that their prophecy of doom became manifest with the End SARS protests.

The Senate Committee Chairman on Agriculture and Rural Development, said he would not mention individual’s names for now.

Adamu disclosed that the Kaduna meeting was called due to “some machinations against northern interest in the Federal Republic of Nigeria.

“One of us is the president today. And you will never see this kind of nonsense when a non-northerner is there. I am sorry and regret to say this, but that is the reality and the truth.”

He noted that there was no big deal about the parley, stressing that Afenifere, Ohanaeze Ndigbo, and other groups meet.