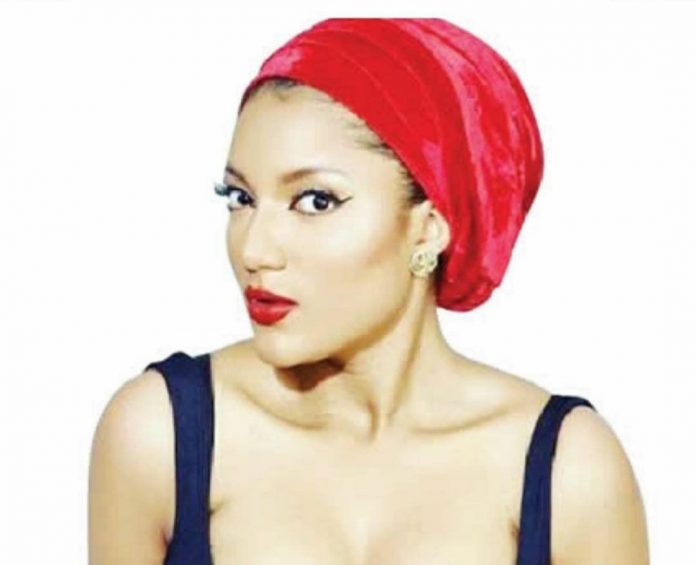 BBNaija star, Gifty Powers has said that Americans have elected their downfall as Joe Biden’s emergences US President

Ex BBN housemate, Gifty Powers believes that Americans have elected their downfall following the emergence of Joe Biden as the 46th president of the United states of America.

Gifty stated this via her Instastories. Read below. 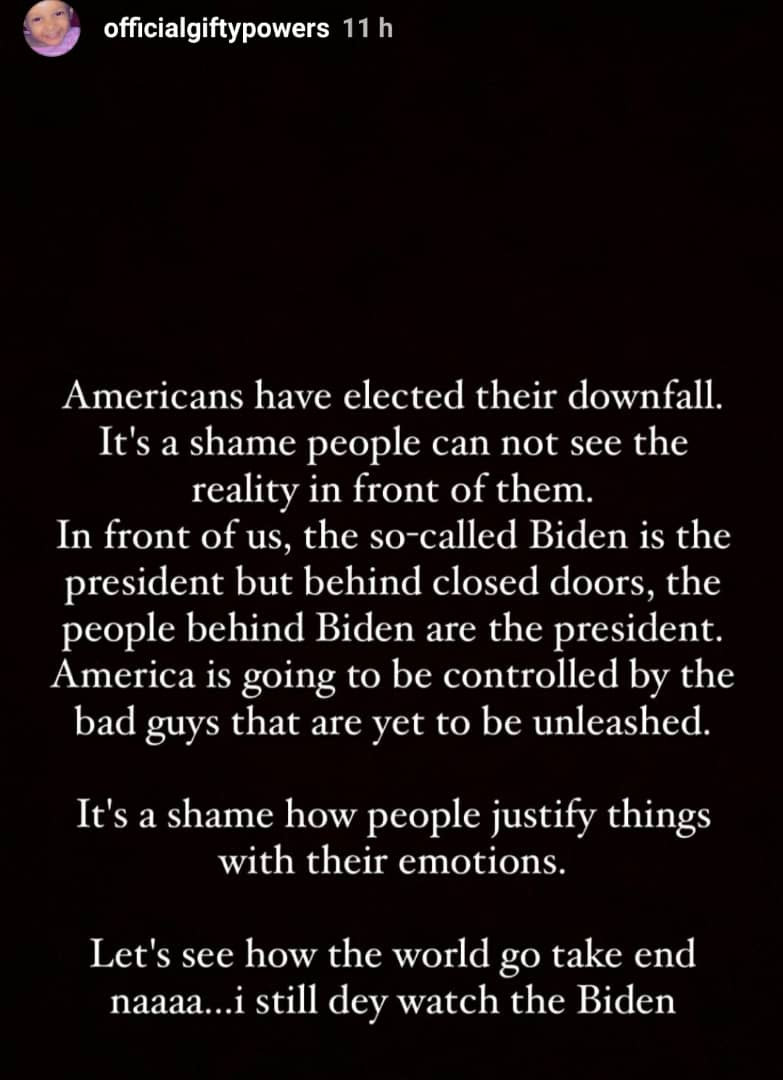 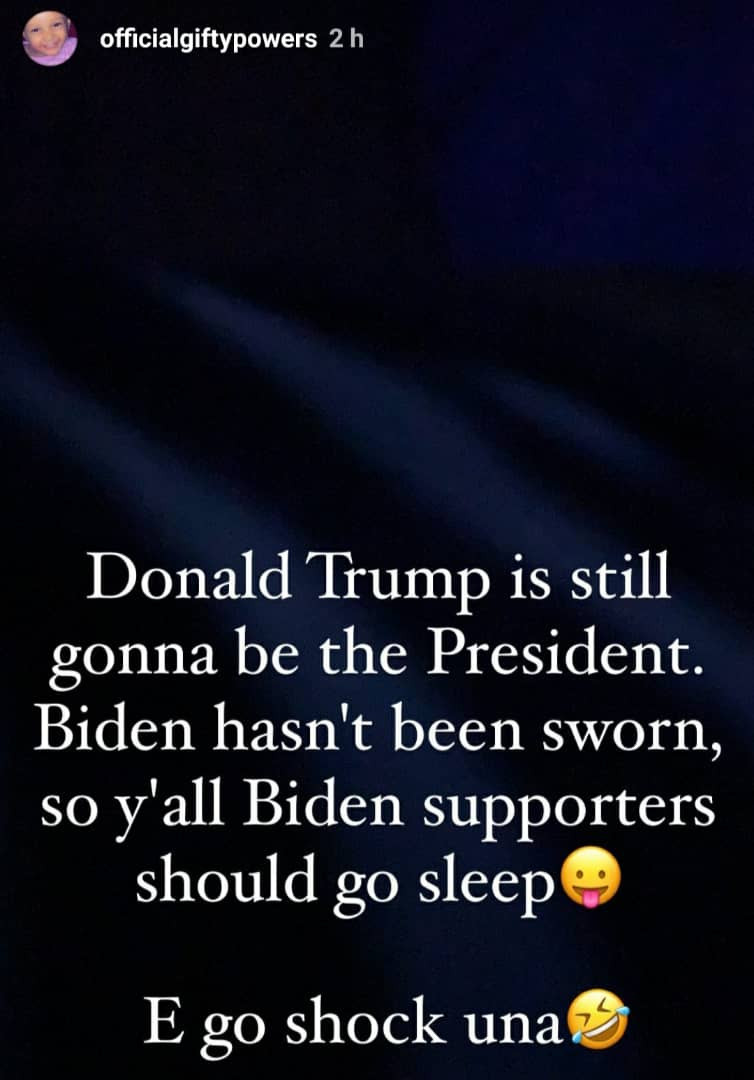