Home News Ex-FIRS Chairman Returns To EFCC Over N9.2bn Linked To His Account 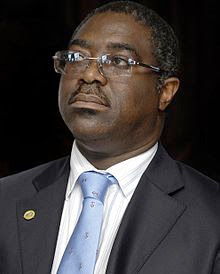 Fowler was said to have reported at the Lagos State office of the EFCC over FIRS’s involvement in alleged financial misappropriation during his tenure.

The sum of N9.2bn from Lagos Inland Revenue Service and Alpha Beta was said to have been traced to Fowler’s personal account.