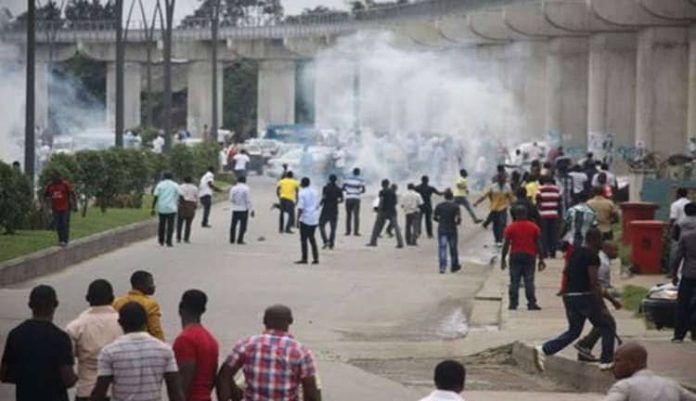 There was pandemonium in the Amuwo Odofin Local Government Area of Lagos on Tuesday as officials of the Lagos State Task Force and motorcyclists referred to as Okada riders clashed at Second Rainbow Bus Stop along Oshodi-Apapa Expressway.

According to report, the officials of the task force impounded some motorcycles which led to the clash.

It was gathered that the motorcyclists resisted the officials of the task force from impounding their motorcycles.

Activities in the area were paralysed as Okada riders set bonfires on the expressway, leading to gridlock.

Watch the video below,