Home News I Will Quit Politics In 2023 – Governor Umahi 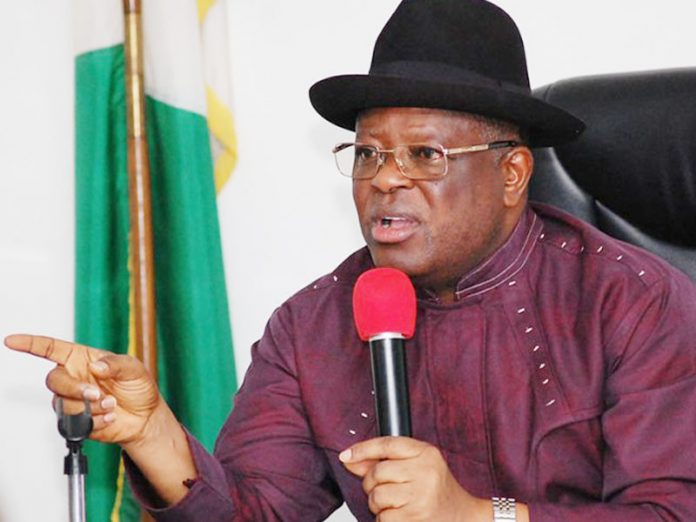 Governor David Umahi of Ebonyi state who officially announced his defection from the Peoples Democratic Party (PDP) to the All Progressives Congress (APC) on Tuesday November 17, has stated that he doesn’t have a presidential ambition.

The Ebonyi state Governor who spoke to newsmen in Abakiliki, averred that he will be quitting politics by the end of his second term in office in 2023.

”People can write all that they want to write, it is not my business. In 2023, if God permits, I will be quitting politics and I will be very satisfied because the miracles in Ebonyi State may just be the reason I was born in the first place.

“If people are shouting in this country about fairness, equity, and justice, and I stand in a place where such is not practice, then I have to re-examine my head.

“Let it be known that I am God’s project and I don’t go beyond the limit of my calling. I am satisfied being a governor and by His grace, for eight years.”