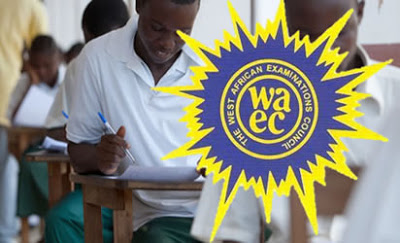 The West African Examinations Council (WAEC) has said 39.82 per cent of the private candidates (second series) who wrote the West African Senior School Certificate Examination (WASSCE) in 2020 made Credits in five subjects, including Mathematics and English.

Head of National Office (HNO) Patrick Areghan, who announced the release of the result, also announced the opening of registration for the 2021 WASSCE for school candidates, three months behind schedule.

On the 2020 private candidates’ examination, the HNO said the result was an improvement over those of the last two years.

According to him, 24,491 candidates, representing 39.82 per cent, obtained Credits and above in a minimum of five subjects, including English Language and Mathematics.

“Thus, there is a marginal increase of 4.72 per cent in performance in this regard,” he said.

Areghan warned that the performance should not be the basis for judging how well candidates performed in the examination.

The HNO said it is considered a remedial for candidates seeking to make certain subjects.

Of the 61,509 candidates who took the examination, 5,548 (9.02 per cent) had their results withheld for alleged examination malpractice, he said.

On why the registration for the 2021 WASSCE for school candidates just opened, the HNO attributed the delay to the disruption by the COVID-19 pandemic.

“We normally close earlier than now, but because of the challenges in the education system, a lot of disruption has taken place. Some schools are still running the third term. They do not have any SS3.

“So, because of this, we had to take time to allow things to stabilise a bit. Today, we are going to roll out the materials schools will collect. They will enroll candidates. And the date of the examination would be announced later,” he said.

Last year, the COVID-19 pandemic also affected the conduct of the WASSCE for school candidates, with SS3 pupils writing the examination in August, about five months behind schedule.