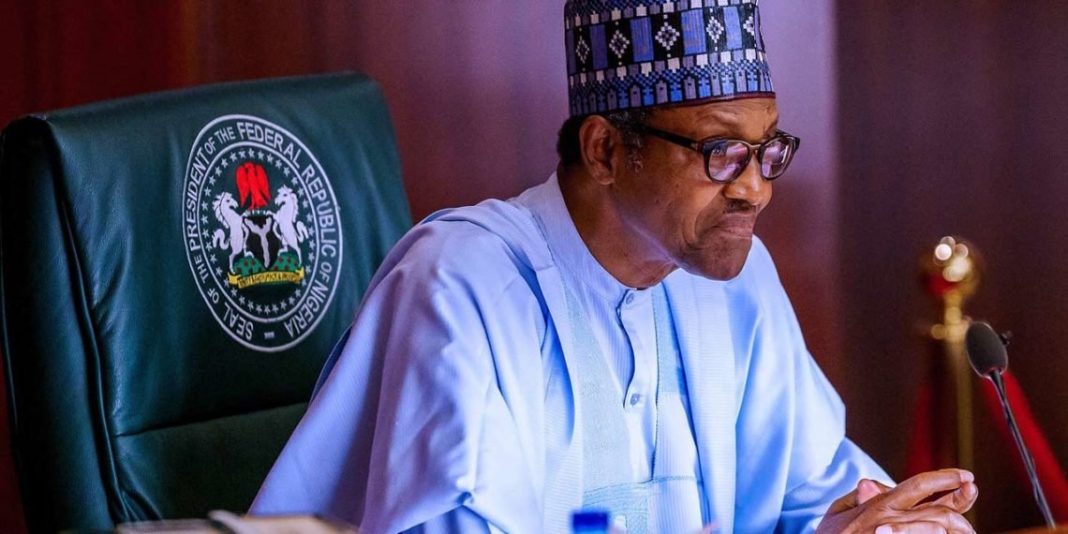 CityNews Nigeria reports President Muhammadu Buhari said that the Nigerian Liquefied Natural Gas (NLNG) has generated $114 billion in revenues over the years with $9 billion in taxes.

The President noted that the NLNG has generated $114 billion in revenues over the years.

These achievements and others, the president said were accomplished with 100% Nigerian management and 95% Nigerian workforce.

This disclosure was made by Buhari while speaking at the virtual Nigeria International Petroleum Summit (NIPS) 2021 Pre-Summit Conference and the official launch of the Decade of Gas in Abuja on Monday.

Buhari also noted that about $18 billion was paid as dividend to the Federal Government and $15 billion in Feed Gas Purchase.

The president commended the collaboration between the Federal Ministry of Petroleum Resources, Nigerian National Petroleum Corporation (NNPC) and NLNG Limited to actualize the dream of transforming Nigeria with its massive gas resources.

READ ALSO:   EFCC: Why I Ordered Probe Of Magu – Buhari

While describing the NLNG as the Federal Government’s arrowhead in the reduction of gas flaring in Nigeria, Buhari was full of praises for NLNG for winning the award for outstanding business strategy, in 2020, for going ahead with Train 7 during the global pandemic.

The president said his administration will fully utilize the enormous gas resources in the country to uplift the economy and drive industrialization adding that with the country’s potential of about 600 trillion cubic feet of gas, the commodity had the enormous potential to diversify Nigeria’s economy.

IRAQ: Baby makes history as first human to be born with three p3nises