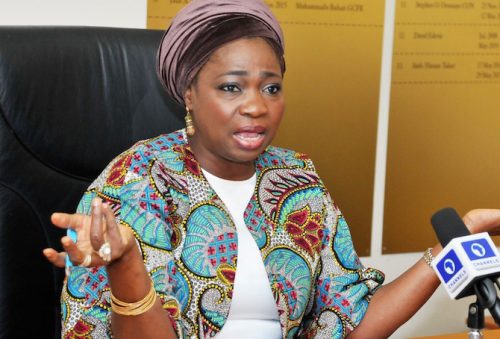 The tweet read: “Another 418 stranded Nigerians in Saudi Arabia arrived at the Nnamdi Azikiwe Int’l Airport, Abuja, via Saudi Air at about 1220hrs today, March 31, 2021. The returnees shall proceed on quarantine at the Federal Capital Territory (FCT) hajj camp in line with the COVID-19 protocols by the Presidential Task Force (PTF).

Earlier, the commission confirmed the arrival of 395 Nigerians who were stranded in Saudi Arabia.

At least, 975 Nigerians have been evacuated in the first quarter of 2021, according to records gathered from the NIDOCM and the Federal Ministry of Foreign Affairs.

5000 persons were repatriated from Cameroun earlier this month, representing the highest number of Nigerian returnees from any single country this year, after fleeing their indigenous homes for six years due to the Boko Haram insurgency in the North-East. They were received by the Borno State government in Amchiide, a border community between Nigeria and Cameroon close to Banki in the Bama Local Government Area of the state.

From Saudi Arabia, 1, 969 stranded Nigerians were evacuated by the Nigerian government in direct response to a viral video showing hundreds of Nigerians held in unsanitary and abusive conditions at an immigration detention facility in Riyadh for many months over expired visas. Their evacuation was delayed due to issues around the Covid-19 protocol and the first batch did not return to Nigeria until the 28th of January.

India, on the other hand, deported six Nigerians in January for overstaying their visas and not having valid passports.