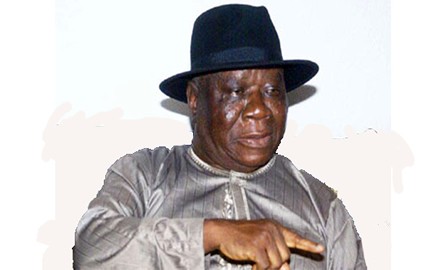 Elder Statesman, Chief Edwin Clark has said that South-South is supporting the South East to produce President Muhammadu Buhari’s successor in 2023.
He made this known on Sunday while playing host to the leadership of Ohanaeze Ndigbo led by its President-General, Professor George Obiozor in his Asokoro, Abuja residence.

Clark said it is time for the South-East to produce the nation’s president in 2023, urging stakeholders in the zone to work in unison to achieve it.

“I don’t belong to any political party, but I speak my mind. The man who brought politics into Nigeria was late Dr Nnamdi Azikiwe; I knew him when I was 20 years when he visited Warri. We trekked 12 miles to see him.

“Some of the problems we are having today in Delta was as a result of the support for Azikiwe and without that, we would not have got Midwest region that later became Bendel State and now Edo and Delta States. We are together; we are one.

“We are supporting the South East region. Anybody from Midwest, Oshimili South and North, Aniocha South and North, Ika, Agbor or Ukwani, if you say I am ready to be the President of Nigeria because I speak Igbo, that is punishable because when you do something that people don’t like, it abominable.”

He said: “I have said it – all the Igbos in Anioma, Rivers, in Delta, where ever they are, this is the time for Igbo, South East President. We have the same problem, when we went to the 2014 National Conference, we said that the South East has five states, they should be given additional states so that everyone will have same states like in other zones if that will stabilise Nigeria, create them.

“We want the President coming after Buhari to come from the South East, we are together.

“Let me advise, if you must fight a war or fight for anything at all, we must put our house in order. What do we do with other voices that are not in tandem with our voices? We must find a way to see what can be done, they have their own point, but at the same time, they should also listen to us.”