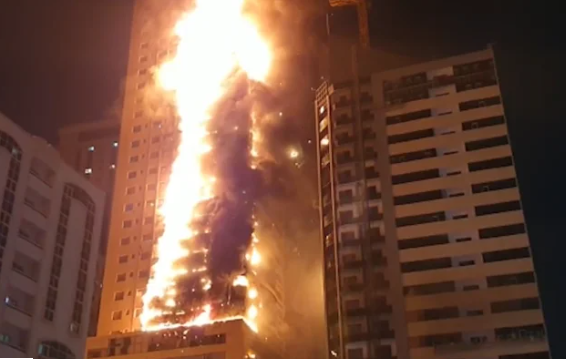 A massive fire broke out at a residential tower in Al Nahda , Sharjah on Tuesday night.

According to reports, the fire broke out on the 10th floor of the Abbco Tower at 9.04pm.

The police used a drone to check if there were people trapped inside the 48-storey building, said Colonel Dr. Ali Abu Al Zoud, Deputy Director General of Central Operations of Sharjah Police. 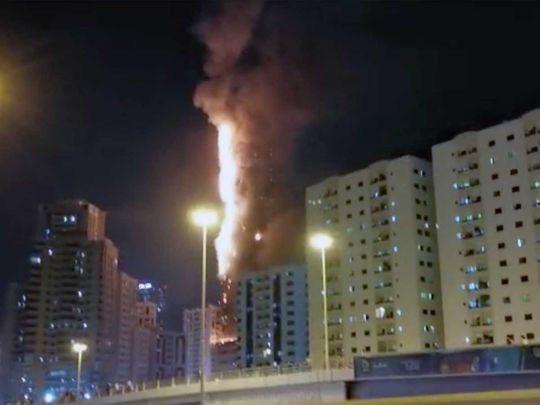 Col Dr Al Zoud told Gulf News: “We have contacted the building owner and alternate accommodation will be provided to all residents. It is still not clear how many apartments have been affected.”

Residents of the nearby buildings were immediately evacuated for their safety.

One told Gulf News that the fire is believed to have started on the 10th floor. “It was a small fire to begin with and we came out of the building as soon as we saw it,” said one resident.

The cause of the fire is yet to be determined.

The tower, constructed in 2006, has 45 floors, including parking, out of which 36 are residential floors. Each floor has 12 flats.

Watch the video below.