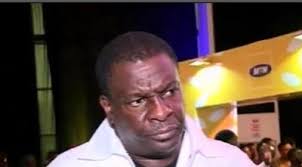 So this afternoon I’ve to clean my tears, I was wracked by grief and seething anger over the demise of this great guy and colleague. I joined friends and colleagues to visit Okundola Bamigboye’s family. So finally I reunited with his son, who I saw in England many years ago as a teenager. He called him my ” Mentee-in-training”.

It drizzled and rained intermittently, yet Dola’s friends brave the weather, directing vehicular traffic into all the adjacent streets and intersections. Yes Covid-19 protocols were observed but everyone wanted to see if this news is true. The lesson Dola’s demise taught me are numerous but these 6 are salient one for me.

1. Worship God with all your heart, value humanity and be free-spirited. Many years ago during his 50th Birthday thanksgiving at RCCG, City of David parish Victoria Island Lagos, Dola made a solemn pledge to serve God and humanity, just like the John 4:23-24 “But the hour is coming, and is now here, when the true worshipers will worship the Father in spirit and truth, for the Father is seeking such people to worship him”. He anchored so many of his church programmes, he was in the forefront of the planning team for his church ‘Arise Walk For Life 2020′, slated for Saturday 17th of October, 2020, when I met his senior Pastor today at his residence, he paid glowing tributes for his selfless and unwavering commitment. He wore the “Arise Walk’ T-shirt and posted the e-flyer on his social media pages. He positively impacted his church with his gregarious personality. Today’s message and the actions his church took immediately they heard the news of his death yesterday, showed how much he was loved and appreciated by that congregation. Just listen to Pastor Idy Iloyomade’s message today, I have no right to that video, but it is worth listening to.

2. Leadership is not a title, it is influence, like Robin Sharma said “Leadership is not about a title or a designation. It’s about impact, influence and inspiration”, Okundola was 58 years, born to a former Nigerian Minister in the first and second Republic, Chief Claudius Agboola Bamigboye, he was a Nigerian British, a lovely guy, who knew everyone high, mighty or low in societal status, yet he was a friend worth keeping, his infectious character endeared him to friends from every tribes, colour and background. On Saturday, September 26th, 2020 Dola was at the funeral ceremony of the late Justice Adolphus Karibi-Whyte in Abonnema Rivers State, to join his good friend Gogo to mourn his Dad, I shared my senior friend – Dan Akpovwa ‘s tribute on Justice Karibi-Whyte in ThisDay newspaper. He called me instantly to say he was in Abonnema and said I knew, because we had few acolytes that were there same day. Dola cherished everyone, he was committed to his family, friends and colleagues. You can bet on his unflagging loyalty.

3. Value what you have and be contented, Dola appreciated everything God gave him, he lived those values even in his counsels and hilarious words. When the tides changed at the work place, Dola will not complain, he will take you to his workstation, show you the pictures of his children, then whispered into my ears “for these ones it is worth it, let’s be grateful to the maker of heavens and earth”, the bible said “A man’s life does not consist in the abundance of his possessions.” -Luke 12:15b.

I can’t forget while he was preparing for one interview he called me “KOO, I will spend 1 hour with you doing tutorial to prepare for this interview”, he came with a notebook and wrote everything down, he made an effort to learn something about everything and everything about something.

4. He loved his family and protected his children, especially the twin girls, as noted in my munched chats with him, he travelled urgently for his son’s graduation one day after a long quarterly review meeting. Another day, though he was tired from a strategy session, I advised his Driver to drive the car, yes his Driver drove the car, but he was at the airport to welcome his twin girl back home from the UK. That was how devoted he was. You instantly know his wife’s and children’s names if you talk with him for 30minutes.

5. He was humble, yet bold and will never tolerate disrespect for him or anyone. Yesterday my friend Gregory Ubigen said “He taught me to be humble … And proud at the same time”, yes Dola was honest, fair, and respecting others’ feelings, he was never afraid to speak up when he perceived injustice or unfair situations. Someone was rude to me in January, in the open office, I lashed out and reprimanded the person, Dola demanded that the folk apologise, even when the person refused to apologise, he went through the staircase with me to my workstation, he said to me “you’ve sent a strong signal he won’t try it next time, though pride didn’t allow him apologise”. I also recalled when a Nigerian musician almost bungled one of our events, because he was late, Dola demanded that he apologise on the stage to the crowd. In 2018, we met at a highly subscribed event, we both sat at a VIP section of the hall, a top officer where we work, came into the event late and all the seats were occupied, I gave up my seat for the lady, Dola noticed that the lady didn’t say thank you, he insisted I must let her know that my “brand personality” and connections gave us access to this event, and not on corporate sponsorship bill. I later informed the lady, she apologised and thanked me profusely.

6. Know the right contacts and use it for good, – Dola was a repository of influential and powerful names, he was also close to them, three times we went to some Governor’s offices in Nigeria, the Governors called him on first name basis. Late last year he contacted me, (see our chats as munched) that his wife needed to contact the Governor of Ebonyi State on a major project. We had a chucklesome moment, ‘I said Baba Dee I thought there is no one you don’t know”, he laughed heartily and replied “Brethren, I guess this one you will definitely know, we have a lot in common Bro”, I connected him with the Governor and we was effusive with gratitude.

So many individuals used the words “Godly”, “Family-oriented”, “good person,” “generous,” “humble” “kind,” “supportive,” “jovial” “bubbly” “respectful,” “loyal,” and “leader” to describe Dola. The truth is, Dola lived his life with remarkable character—one surrounded in Godliness, generosity of heart, humility, and respect for people no matter how young or old. He lived his life in the manner that he wanted to communicate same through his action. God comfort Ochee and his children. [Pictures showed his arrays of friends and how much he devoted to building friendship].