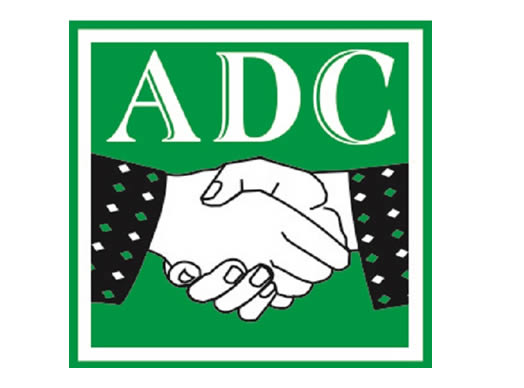 ADC Youth Hangout, the novel and innovative ADC conversation and learning platform and the ADC Youth Council will decide 2023. “Following from the youth activism during the #ENDSARS, it is clear that Nigeria youths are prepared for political leadership.”

Asked whether he supports the call from Igbo leaders for South East President in 2023.
The African Democratic Congress, ADC, says in the interest of equity, justice and unity of Nigeria, the next president in 2023 should come from the South East geopolitical zone of the country. Maintaining that the interest of the country should supercede individual aspirations, he insists that there are quality presidential materials from all zones of the country. He urged all Nigeria to show patriotism and stop leaving in the denial that parochialism is pulling our country from taking its rightful position.

The Chairman of ADC Chief Ralphs Okey Nwosu said this in a web-interview with select media.

Chief Nwosu said it will be unfair to Nigerians of the South East extraction to be denied the opportunity to produce the next President.

Nwosu who made it clear that his view may not be in tandem with the decision of his party, said the choice of the zone to produce the next President after President Muhammadu Buhari should be based on fairness, equity and justice, noting that the management the diversity of the country requires mindfulness and efficient application of diversity principles.

On the chances of his political party to wrestle power from the ruling All Progressive Congress (APC) at the federal level and at states level, Nwosu said ADC is prepared to upset bookmakers in the 2023 General Elections. That Nigerians have become wiser, as a result attempts to use money to buy their conscience will fail.

” We have gone back to the drawing board, we have reflected on our past performance at polls and have come out with a new strategy to win big in the next elections cycle. “Inclusion is key to us, we don’t sweep people off the bus neither do we let Nigerians out in the rain or severe weather. With our handshake symbol, we shake hands and pull everyone along”.

He explained that the party is mobilising the youth and women to takeover the space and make changes for the good of Nigerians. “ADC Youth Hangout is happening across Nigeria and the talking points in all the sessions are suiting, appealing, empowering and inspiring that it has become one of the strongest learning platforms in the country”.

When asked that ADC did not perform well in the last General Elections, Chief Nwosu debunked the insuation saying the party won many seats at the National Assembly and in about 12 states house of Assembly in different states.

The ADC Chairman accused the Independent National Electoral Commission for conniving with the executive branch of government to undermine free and fair elections in the country all the time out.

” I disagree with anyone who says ADC didn’t do well in the last General Elections, Without fear of contradictions INEC worked against us (ADC) because of the sudden postponement of the elections when we had expended all our resources to pay our party agents across Nigeria.

Donnie McClurkin Speaks About Struggles With His Complicated Sexual Orientation