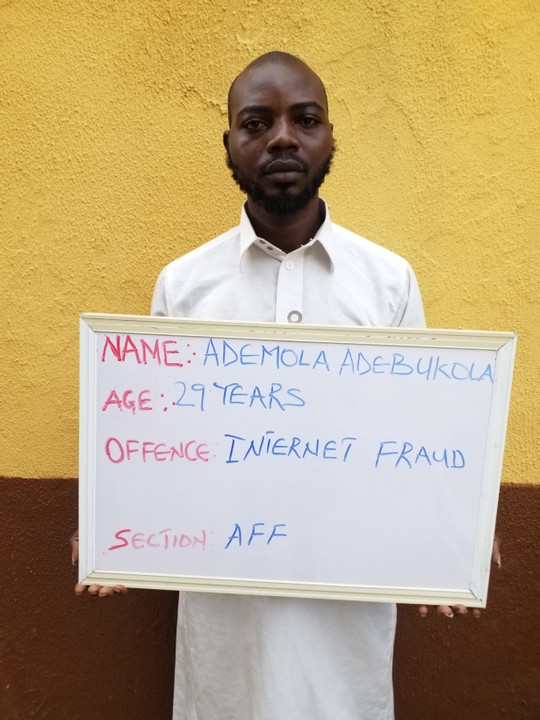 CityNews Nigeria reports that Justice Adenike Akinpelu convicted and sentenced the defendant to six months imprisonment on each of the counts after he pleaded guilty to the charges brought against him by the Economic and Financial Crimes Commission.

The sentences are to run concurrently from September 14, 2020.

One of the charges read: “That you, Ademola Adebukola, sometime in 2018, at Ilorin, within the Judicial Division of the Kwara State High Court while acting as Blackmore G. Scott a.k.a Holy Ghost with email address [email protected] did attempt to cheat one Sherri Reed by fraudulently inducing her to deliver the sum of $3,500 (three thousand, five hundred united states dollars) to you under the guise of being in a romantic relationship with her and in need of money to clear goods at the Seaport and thereby committed an offence contrary to Section 320 of the Penal Code and punishable under Section 322 of the Penal Code.”

The court also ordered the forfeiture of the convict’s iPhone 5 and Dell Laptop, being the instrumentalities used to perpetrate the crime, to the Federal Government.