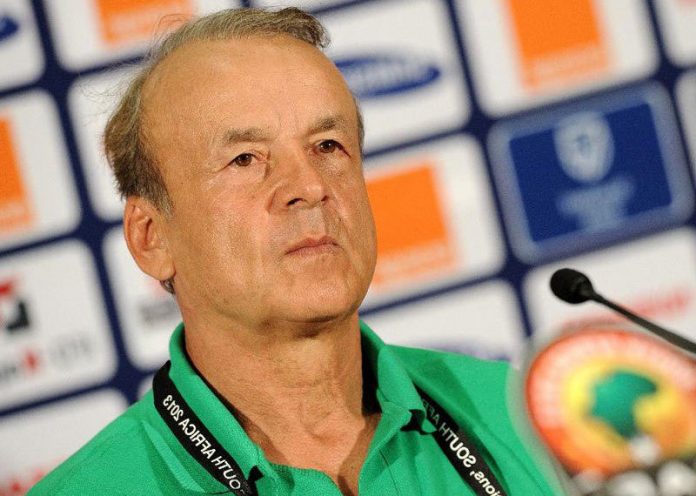 Minister for Youth and Sport, Sunday Dare has hinted that Gernot Rohr could be relieved of his position as Super Eagles head coach.

The Eagles could only record two points out of a possible six in the double-header against the Leone Stars of Sierra Leone, in the 2021 AFCON qualifiers.

On matchday three the Eagles surrendered a four-goal lead to draw 4-4 against the Leone Stars in Benin on Friday.

And in Tuesday’s return-leg in Freetown both teams settled for a 0-0 draw.

The outcome of the games saw Rohr come under heavy criticism from football fans.

And reacting to the results, Dare questioned Rohr’s competence while stating something will be done about his position as Eagles coach.

”The performance of the Super Eagles from their last two matches calls to question the suitability and competences of Technical Adviser, Rohr. Nigerian football deserves better. The needful will be done. Apologies to all football lovers.”

The Eagles will be in action again in March 2021 when they will be guests to Benin Republic in continuation of the qualifiers.

They will round off the qualifiers with a home tie against Lesotho.