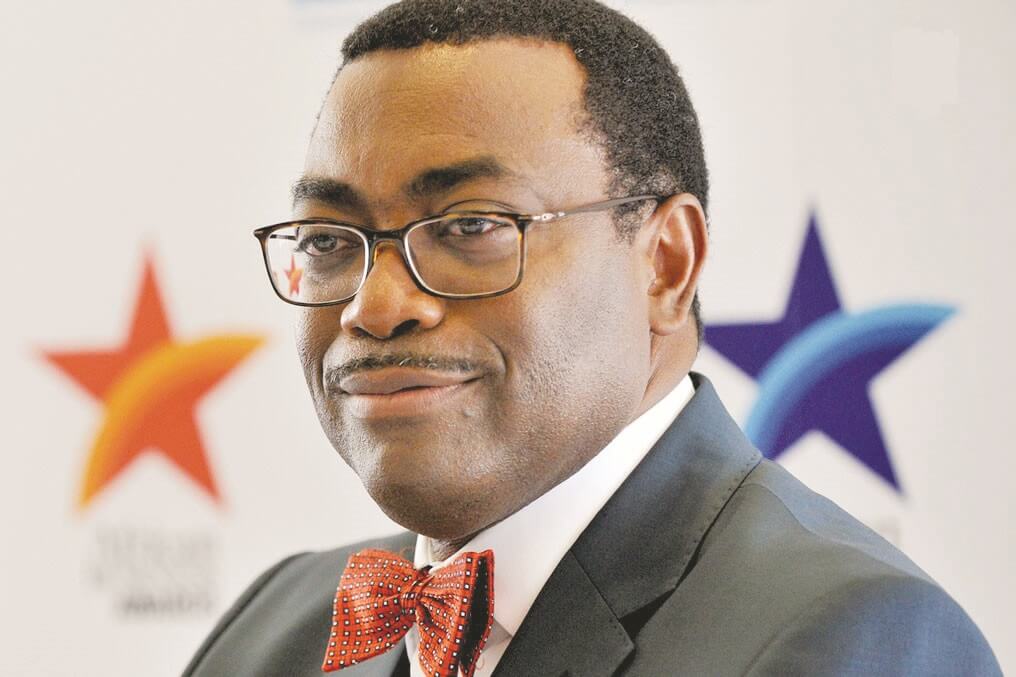 On behalf of the Federal Executive Council and Nigerians in general, President Muhammadu Buhari felicitates with President of African Development Bank (AfDB), Dr Akinwunmi Adesina, on his re-election for a second term in office.

News of the victory came during the Council of State meeting, which was attended by former heads of state, Senate President, governors, some Ministers, and senior government officials.

As Secretary to Government of the Federation, Mr Boss Mustapha, announced the good news, President Buhari led a round of applause, and declared: “He deserves it.”

The President extends appreciation to the African Union for its endorsement of the AfDB President much earlier, and to shareholders of the bank who worked tirelessly to ensure the return of the visionary leader.

President Buhari believes Dr Adesina’s versatility, experience at both national and international engagements, will be further deployed to energize the pan-African financial institution, urging him to remain focused and steadfast in pursuing the noble goals of making life better for Africans through various development plans, already captured as High 5s.

The President rejoices with family, friends and professional colleagues of Dr Adesina over the re-election, while commending members of staff and Board of Governors of the AfDB for their consistent support for the former Nigerian Minister of Agriculture and Rural Development, and his management team.

While pledging full support of his government to ensure a successful tenure for the AfDB leadership, President Buhari prays that the Almighty God will continue to strengthen Dr Adesina and his team for greater good to the continent.

I congratulate Dr. Akinwumi Adesina on his re-election as the President of the African Development Bank by the Board of Governors of the Bank.

I am proud of Dr. Adesina because he has remained consistent as a man of vision and considerable capacity; traits he generously put to use while serving as a key member of our administration’s economic team and minister of agriculture.

His first term as President of AfDB brought about exemplary leadership, significant achievements and broken records, especially with the bank’s recent unprecedented capital increase by 125% to $208 billion.

With his re-election and focus on infrastructural development, youth empowerment and regional integration, I believe that AfDB will continue to strongly reflect the voice, vision and aspirations of the founding fathers of the Bank.

I urge him to deploy his astute managerial skill to ensure that the positive impact of the Bank’s development initiatives is felt across the continent.

A hearty congratulations to Akinwunmi Adesina on his re-election for a second term in office as the President of the African Development Bank (AfDB).

Adesina’s victory unequivocally affirms the confidence and trust of the shareholders, Management and staff of the Bank in his leadership of the Bank and the direction he is taking it.

The renewal of his mandate is an attestation to his excellent performance as President, evident in the Bank’s numerous developmental initiatives on the African continent.

I am elated to convey the joy and pride of the entire National Assembly over the electoral acclamation for integrity, grace, substance and hardwork.

His re-election should be an impetus for taking the continental financial institution to a greater height, realising that the reward for hardwork is more work.

I urge him to consider the storm that preceded his re-election as the fire test for gold and, having come out of the test glittering, to remain focused and resolute on his mission.

Lagos State Governor, @jidesanwoolu has congratulated the President of the African Development Bank (AfDB), Dr. @akin_adesina on his re-election for a second term in office.

Governor Sanwo-Olu in a statement issued by his Chief Press Secretary, Mr. Gboyega Akosile on Thursday, said Adesina’s re-election is a testimony to his hard work, dedication and commitment to the growth and development of the Africa continent.

Sanwo-Olu, who described Adesina as a good ambassador of Nigeria and Africa, said the AfDB President deserved to be re-elected having
distinguished himself during his first term in office as the head of the international organisation.

The Governor also appreciated and commended President Muhammadu Buhari and those who played crucial roles in the re-election bid of the former Nigerian Minister of Agriculture and Rural Development, as President of AfDB.

He said: “On behalf of my family and the people of Lagos State, I want to congratulate Dr. Akinwunmi Adesina on your re-election as the President of the African Development Bank (AfDB). Your re-election is well-deserved.

“Having proved yourself as a good administrator and technocrat in different public offices at national and international levels in the last 30 years, I am confident that your re-election will bring more development to the Africa continent as you supervise the affairs of Africa Development Bank for another five years.”