Home Gist After viral rumours of her leaving the palace, Queen Ola gushes over... 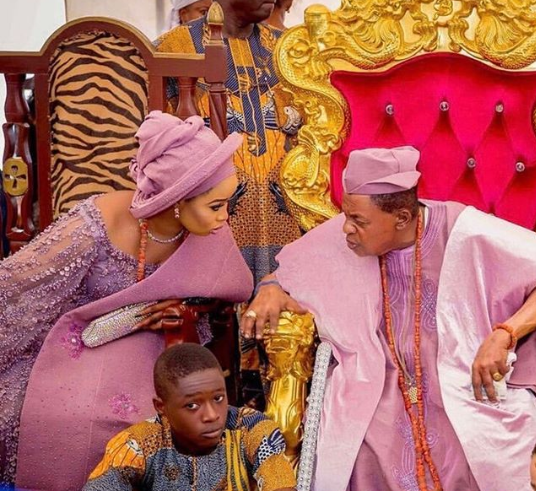 She was rumoured to have been sent out of the palace weeks ago, but ofcourse, the Queen denied it.

And despite some people still insisting she is no longer with Kabiyesi, Queen Ola who says her marriage remains very intact, shared the photo of herself and her husband with the caption;

”He was saying; Can you stop been so cute? 🤣 @alaafin_oyo”

She further went on to say she is his Oxygen and well… ElleDaddy [ask your yoruba friends what that means, lol]

BBNaija2020: What Laycon Tells Vee About Her Relationship With Neo

Nollywood Icon,Kanayo O. Kanayo Had Surgery Days After Being His Call To Bar