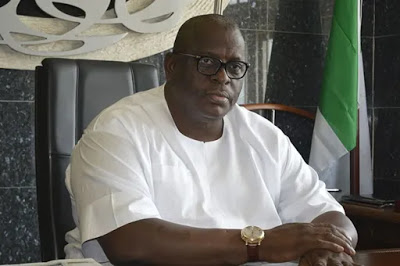 The Federal High Court in Abuja on Thursday restrained the Federal Government from taking fresh steps to extradite the former Senator representing Ogun East Senatorial District, Buruji Kashamu, to the United States of America on allegation of complicity in illicit drug deal.

Justice Okon Abang, in a judgment, held that no fresh application for Kashamu’s extradition could be initiated when previous judgments of the Federal High Court in Abuja and Lagos prohibiting the extradition moves had not been set aside by superior courts.

The judge noted that while the Office of the Attorney-General of the Federation successfully obtained a judgment of the Court of Appeal, Lagos, delivered on May 4, 2018, dismissing the restraining order in suit marked 508/2015, the AGF failed to appeal the other judgment in the suit marked 49/2010.

“The fact that the restraining order in the judgment in suit 49/2010 dated January 6, 2014 is still valid and subsisting, it is not a matter of sentiment,” the judge ruled.

He added, “To appeal the judgment is the lawful step to take. To take any other steps against the judgment order than appealing is unlawful, and an exercise of executive lawlessness.

“It is my hope that the AGF, an office created by the Constitution, the Chief Law Officer of the federation, who is also the chief minister in the temple of justice, the conscience of the society, should toe the path of the law and should not violate the laws of the land.”

The immediate past Attorney-General and Minister of Justice, Mr Mohammed Adoke, had filed an extradition application in the Federal High Court in Abuja on May 28, 2015 upon a request by the United States of America asking the Nigerian government to surrender Kashamu to face trial on one count of illicit drugs pending against him before the United States District Court for the Northern Illinois, Eastern Division.

Delivering judgment on Thursday, Justice Abang, who presided over the fresh suit, ruled that as much as a January 6, 2014 judgment of the Federal High Court in Lagos remained subsisting and had not been set aside, no fresh extradition application could be made against the former senator.

Caught on camera! 71-year-old Ghanaian nanny in police net after hitting and kicking a baby...