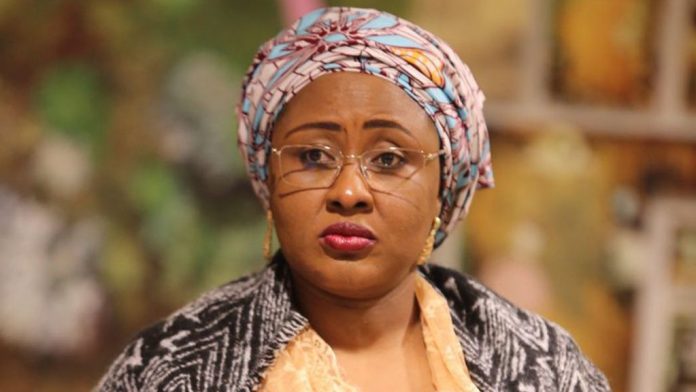 CityNews reports that Aisha Buhari has expressed her displeasure over daughter’s wedding cartoon, and number of people that come to Aso Villa.

Aisha has expressed disappointment over the cartoon image of her (Aisha) after her daughter, Hanan’s wedding at the Presidential Villa on Friday.

The cartoon shows the First Lady seeing Nigerians drowning in a river while she ignored them and shared the wedding invitation of her daughter. 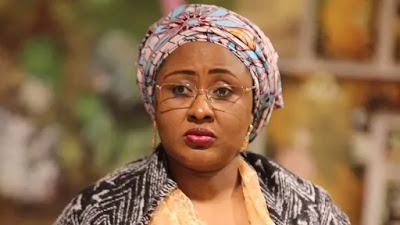 The First Lady in the cartoon, was saying “At least you can enjoy the pictures”.

The picture conotes the suffering being experienced by Nigerians due to the recent hike in electricity and fuel tariffs by the President Muhammadu Buhari government.

Recall that reports went viral at the weekend that the first family ignored all COVID-19 protocols as they held elaborate wedding at the Villa.

Hanan got married to Turad, the son of a former lawmaker, Mohammed Sha’aban.

The First Lady displayed the images on her official Instagram page @aishambuhari.

Aisha’s Spokesman, Aliyu Abdullahi told BBC Hausa on Monday that his principal was not happy with how the cartoonist portrayed her in the cartoon image.

He said, “The cartoonist did not put Mrs Buhari in the right perspective with his drawing. Her daughter’s wedding has nothing to do with the present hardship Nigerians are facing.

“And let me tell you that the first lady told all her aides not to make the wedding a big one because it was going to be a low key event.

Furthermore, the presidential aide added that the video which also went viral showing a crowd of people at the wedding were videos that were shot in Zaria at the grooms’ residence and not at the presidency.