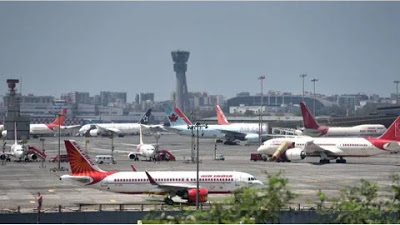 India resumed domestic flights on Monday, two months after a coronavirus lockdown was imposed, but confusion and chaos prevailed at major airports as large numbers of flights were cancelled.

Air services were suspended in late March when India went into lockdown to slow the spread of the novel coronavirus, bringing the domestic aviation sector to the brink of collapse.

More than 80 flights to and from the capital New Delhi were cancelled on Monday, airport authorities said, with irate passengers complaining of not being informed until the last minute.

Similar scenes were taking place at airports in Mumbai and Chennai, with many passengers sitting outside after their flights were cancelled, domestic news channels showed.

The cancellations were a result of confusion as each state made its own set of rules on easing restrictions, including capping the number of flights to address concerns about infections being imported from other cities.

States also had different rules on the duration of quarantine for arriving passengers, in some places as long as 28 days.

“We travelled (all) night to catch a flight from the Delhi airport but we are now told our flight is cancelled. We got no notifications from our airlines,” a passenger at told a domestic news channel.

Passengers were also stranded at airports in southern cities of Bengaluru and Thiruvananthapuram after flights were cancelled.

Eastern India’s main airport in Kolkata was not yet operational. West Bengal, the state in which the city is located, was battered by Cyclone Amphan last week and repair works are underway.

India’s government last week announced the resumption of domestic flights in a “calibrated” way, with airline companies allowed to operate one-third of their scheduled flights.