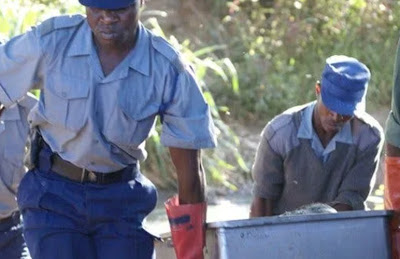 An adulterous affair with a married woman produced fatal results for a Gokwe man after he was stabbed to death by his lover’s angry husband when the two were caught pants down on the marital bed.

iHarare has learned that 27-year-old Oscar Mazorodze the husband of the cheating woman was arrested for the murder of Johane Mareya.

The magistrate remanded Mazorodze in custody till March 19 and advised him to apply for bail at the High Court.

The court heard that on March 5, 2021, Mazorodze left work early and arrived home unexpectedly at around 3 pm. When he went to his bedroom, he found the door locked from the inside.

A suspicious Mazorodze then broke down the bedroom door and made his way into the room where he caught Mareya inflagrante delicto with his wife Brenda Dhlodhlo. Mazorodze seems to have gone berserk at the unwelcome sight. He grabbed a kitchen knife and stabbed Mareya all over the body.

Villagers who heard the commotion rushed Mareya to Gokwe District Hospital for urgent medical attention. He was pronounced dead upon arrival. A post mortem will be carried out on his body.

Mazorodze was arrested after villagers filed a police report.

I don’t want to be a rep, senator or governor – MC Oluomo denies Lagos...