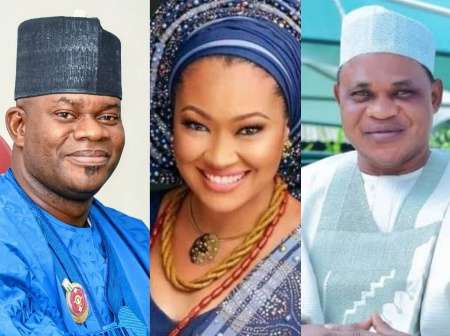 There are increasing tensions in Kogi State as the people await the verdicts of the Supreme Court on two separate appeals against the return of Yahaya Bello as governor of the state.

The Peoples Democratic Party (PDP) and its governorship candidate, Mr. Musa Wada, and the Social Democratic Party (SDP) and its candidate, Natasha Akpoti, had approached the apex court to upturn the judgements of the Court of Appeal, which affirmed the re-election of Bello. A seven-man panel of the Supreme Court presided by the Chief Justice of Nigeria (CJN), Justice Ibrahim Muhammad, on Tuesday adjourned to Monday, August 31, judgements on the two appeals after taking the submissions of lawyers to the parties.

Tensions had been rising in the state since the last week following the announcement that the Supreme Court was set to hear the appeals on August 25.

Lawyers to PDP and Wada, led by Mr Jibrin Okutepa, SAN, in adopting their brief of argument pleaded with the apex court to allow the appeal and grant the reliefs sought by their clients. They claimed that the appellate court erred in arriving at the conclusion that they did not prove allegations of electoral malpractices, which a minority judgement of the tribunal had established and ordered a rerun in seven local government areas where the said malpractices took place. They urged the apex court to affirm the minority judgement of the tribunal delivered by Justice Ohiamai Ovbiagele.

However, Bello’s lawyer, Mr Joseph Daudu, SAN, and that of the Independent National Electoral Commission (INEC), Dr Alex Izinyon, SAN, urged the court to dismiss the appeal for lack of merit. Daudu pleaded with the apex court to uphold the concurrent decisions of the Court of Appeal and the majority judgement of the Kogi State Governorship Election Petition Tribunal, which affirmed the return of Bello as governor.

After taking the arguments of the lawyers representing parties in the appeal, Muhammad announced that judgement in the matter would be delivered on August 31.

In the second appeal filed by SDP and its governorship candidate, Akpoti, the apex court also announced its decision to give final verdict on August 31.

Meanwhile, the appeal filed by the Democratic Peoples Party (DPP) and its governorship candidate, Usman Mohammed, was struck out after an oral application for its withdrawal by their lawyer, M. S. Ibrahim. The withdrawal was after some prompting over the eligibility of the DPP candidate, who was said to be 31 years old, instead of the mandatory 35.

The apex court struck out the appeal with a cost of N200, 000 in favour of the first and second respondents.

READ ALSO:   WHO chief says coronavirus pandemic 'far from over'

The Court of Appeal, Abuja Division, had in July this year affirmed the election of Bello as governor of Kogi State, after dismissing four appeals filed by the PDP, DPP, SDP, and Action Peoples Party (APP) and their respective governorship candidates for lacking in merit.

From Banking to Politics…Abiru on the Move Again
The litigations followed last year’s declaration of Bello, who was the candidate of the All Progressives Congress (APC), as winner of the November 16, 2019 governorship poll by INEC. The commission announced on November 18, 2019 that Bello won majority of votes cast in the election, polling a total of 406,222 votes, while the runner up, Wada, polled 189,704.

However, the four contestants and their parties disagreed with INEC and approached the Kogi State Election Petition Tribunal to challenge the victory of Bello. Their petitions were all dismissed by the tribunal for lacking in merit. The Court of Appeal upheld the decisions of tribunal.

The appellants approached the apex court to set aside the judgements of the appellate court on the grounds that the Court of Appeal discarded evidence of rigging and violence in seven local government areas of the state.

The Court of Appeal had, in a unanimous judgement, held that the appellants did not prove the allegations of over-voting, multiple thumb-printing, and results falsification. In the ruling delivered by Justice Haruna Tsamani, the appellate court said the appellants merely dumped documents on the tribunal without calling relevant witnesses to link the documents to the allegations.

In the other judgements, the Court of Appeal held that the tribunal was right in dismissing the petitions of the DPP and APP over alleged unlawful exclusion and that of the SDP for failure to prove claims of electoral malpractices in the governorship election.

Although the decisions of the Kogi election tribunal were unanimous in the petitions of APP, DPP and SDP, it was divided in that of PDP. While the majority judgement delivered by Justice Kashim Kaigama favoured Bello, the minority judgement delivered by Ovbiagele held that there was evidence of electoral malpractices in seven local government areas. Ovbiagele then upturned Bello’s victory and ordered a rerun in the affected local government areas.

BREAKING: President Buhari Off To London Friday For Medicals