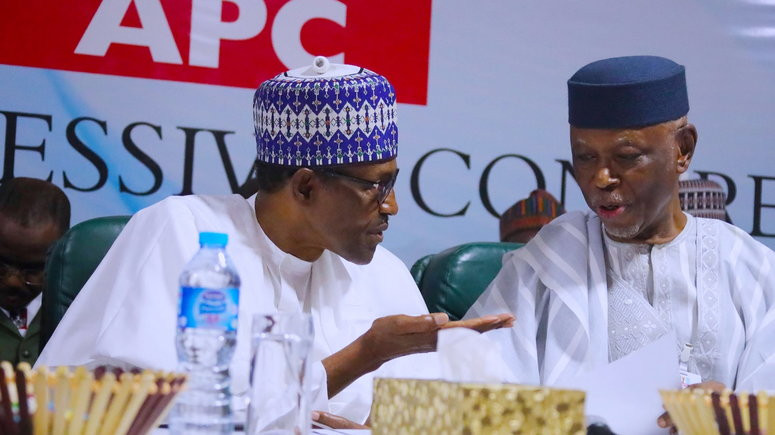 Former National Chairman of the All Progressives Congress (APC), John Oyegun has reacted to the crisis rocking the party he once headed.

In a statement titled ‘Before its too Late’ which was released on Saturday June 20, Oyegun stated that the APC is now becoming a threat to Buhari’s legacy. He also recounted how APC’s victory at the 2015 presidential poll and the peaceful transfer of power that followed was a testament of the nation’s progressive democracy.

He however said that while other African countries have marched forward, Nigeria is “regressing.”

Oyegun also affirmed the need for the National Executive Committee of the party to set up a caretaker committee in order to return the party to a position of strength.

“Our own political party, the APC, is fast becoming the single most dangerous threat to the legacy of our government and our president.

“In the last few months we have watched how the party has brazenly subverted its own principles of internal democracy and flagrant violation of every rule of decent political engagement in a manner that makes everyone associated with its promise of change liable to be accused of either hypocrisy or apostasy.

“We must therefore remember that our victory in the 2015 Presidential elections and the peaceful transfer of power that followed was a major testament of progress in our nation’s journey towards real democracy.

“This unprecedented democratic achievement has since inspired progressive forces all over Africa and has become a standard by which democracy is measured in the rest of the continent.

“Unfortunately, it appears that while other countries around us have marched ahead in the democratic journey, we have largely regressed.

“There is a most urgent need for the party NEC to meet and institute for the party a caretaker committee (even if we have to invoke the doctrine of necessity), whose main responsibility will be to arrange for a special national convention.”

OONI LAUDS AREGBESOLA @ 63, CALLS HIM AN EPITOME OF LOYALTY