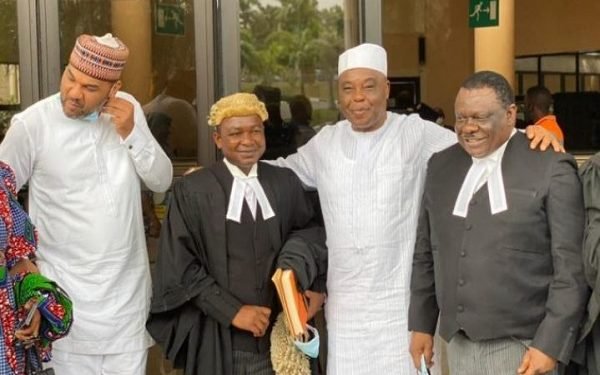 CityNews Nigeria reports that the Court of Appeal in Abuja has discharged politician and media owner, Raymond Dokpesi, and his firm, Daar Investment and Holding Company Limited, for money laundering and breach of public procurement procedure.

In two unanimous judgments yesterday, a three-man panel of Court of Appeal upheld the two appeals by Dokpesi and Daar Investment, as well as set aside the November 21, 2018 ruling of a Federal High Court, Abuja, which rejected the “no case” submissions by the appellants.

Reading the verdicts, Justice Elfreda Williams-Daudu held that the prosecution did not make out a prima facie case against the appellants and did not also establish the elements of the offences they were charged with to warrant calling on them to enter defence.

The judgments were on the appeals filed for Dokpesi and his firm by two former Attorneys General of the Federation and Ministers of Justice, Kanu Agabi (SAN) and Michael Aondoakaa (SAN).

In the seven-count amended charge filed by the Economic and Financial Crimes Commission (EFCC), Dokpesi and DAAR Investment were accused, among others, of diverting about N2.1 billion received from the Office of the National Security Adviser (ONSA) while Dasuki was in charge.

The appeals passed yesterday were on the November 21, 2018 ruling by the trial judge, Justice John Tsoho, who rejected the defendants’ “no case” submission and ordered them to enter defence after the prosecution closed its case after calling 14 witnesses.

Justice Williams-Daudu, in the first judgment, averred that Dokpesi and his firm were accused of committing offences under Section 15(2)(b) & (d) of the Money Laundering (Prohibition) Act.

She proceeded to identify the ingredients and elements of the offence of money laundering which the prosecution was required to prove.

Justice Williams-Daudu held that beside the known elements that she identified, the prosecution also established an additional element of the offences charged in relation to the payment made to the appellant (Dokpesi), that was said to be the proceeds of criminal breach of trust, criminal misappropriation and corruption by the retired Colonel Dasuki Sambo.

“I am of the view that irrespective of the ingredients stated earlier, prior proof of the predicate offences in counts one, two, three and four of the amended charge is a sine qua non to the proof of the offence of money laundering specified in the said counts,” the judge said.

The judge added that the prosecution also did not make out a prima facie case on the remaining three counts relating to alleged breach of public procurement procedure.

She set aside the November 21, 2018 ruling by Justice Tsoho and discharged Dokpesi.

EPL: Klopp reveals what he expects from Everton vs Liverpool duel

BREAKING: The Only Christian Monarch In Northeast Nigeria, ‘Mai Tangale’ Dies At 72