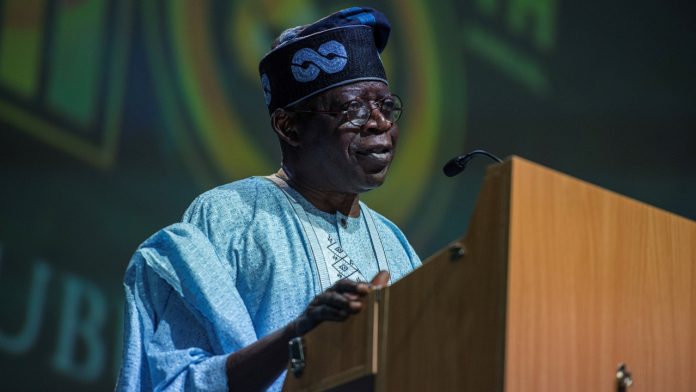 Bola Tinubu, the National Leader of the All Progressives Congress, APC, has commiserated with the family of late Telegraph Editor Waheed Bakare, the management of the Telegraph Newspaper and the Guild of Editors over his passing.

Tinubu described Bakare as a diligent and committed journalist who was devoted to the journalism profession.

In a statement signed by his spokesperson, Tunde Rahman and sent to DAILY POST, on Tuesday, Tinubu said: “I’m deeply saddened by the news of the death of your colleague, Mr. Waheed Bakare, the Saturday Telegraph Editor.

“I have been made to understand and appreciate Mr. Bakare’s journalism trajectory, particularly his rise from being an Assistant Editor at Punch Newspapers to the zenith of the profession as Editor at Telegraph Newspaper.

“His career, as I learnt, was hallmarked by diligence, commitment, perseverance and professionalism.
I recall his contributions on Journalist Hangout, TVC’s award-winning programme, where he engaged in incisive analysis of national issues.

“Indeed, Mr. Bakare’s demise is a sad loss not only to his family, the Telegraph Newspaper, the Guild of Editors and the media industry generally; it’s also a big loss to all of us.

“My thoughts are with his family and colleagues at Telegraph Newspaper at this moment. May Almighty Allah comfort his wife and children and give them strength to live with this demise.

“I pray that Allah SWT accept the soul of Waheed, reward his good deeds as a devout Muslim, forgive his sins and grant him Aljanna Fridaus Amin.”

Oshiomhole’s Political Career Has Come To An Abrupt End – Idahosa