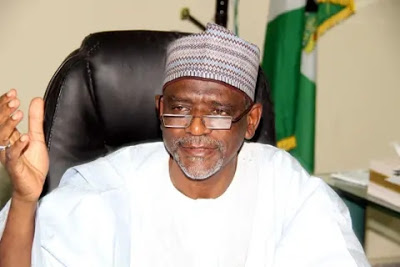 The Federal Ministry of Education, yesterday, confirmed that all federal universities across the country have lost one full academic session as a result of the industrial strike action by the Academic Staff Union of Universities (ASUU).

Citynewsng.com learnt that authorities of most federal and even some state universities have been at a crossroads over how to manage the academic calendar to avoid overcrowding.

Academic activities in Nigerian universities were suspended between March and December last year due to the industrial action embarked upon by the teaching staff, as well as the outbreak of the COVID-19 pandemic at a time most universities were at various stages of learning.

The strike, which started after government’s directive to shutdown all learning institutions in the country, following the outbreak of the pandemic, hampered completion of the 2018-2019 academic sessions in many universities, with newly admitted students in the pipeline.

Although the government lifted the national lockdown last August, public universities remained shut until late December when the ASUU suspended its industrial action. By then, the institutions had lost 10 months.

Many higher institutions were in their first semester before the lockdown; hence the closure not only interrupted teaching and learning, but also coincided with a key assessment period, as tests and examinations in some of the institutions were postponed.

The Director of Press and Public Relations, Federal Ministry of Education, Ben Bem Gong, said nothing can be done to recover the full academic session lost due to the industrial action.

He stated: “It is not just some schools, all public universities have lost one full academic session and there is no way you can recover that. The truth is that you can never recover the one full year that has been lost; that is the extent ASUU can go.

“At the basic and secondary education sector, we also had challenges there, but the minister has constituted a committee that is working to harmonise the academic calendar. But for the university, it is already given that one year has been lost.”

Gong expressed concerns over the impact on the students and academic activities in all the federal government-owned universities, adding: “The implications is that there are children who would have graduated at 29 and who would have been eligible to do their NYSC, having lost a full year, will now graduate at 30 plus and will no longer be eligible to serve.

“The second category on the impact on age is that if you want to go into the Nigerian Police, Army, Navy and Air Force, you must not be over 27 years. If the Central Bank of Nigeria (CBN) and most parastatals are to give you a job, you must not be over 27 years. Now, children who would have graduated a year earlier and possibly gone ahead to serve and would still be 27 cannot do that.

“A good number of them would not be eligible for appointment upon graduation, because they would have been above 27. These are the huge collateral impact that ASUU is causing them.”

He added that the Minister of Education, Prof. Adamu Adamu, would soon float an education cloud to address the problem of incessant disruption in academic activities in the country, saying: “The ministry is not resting, ASUU has pushed government to think outside the corner.

“In the next six months, the Federal Ministry of Education will float an education cloud that would contain the learning materials of all levels of out educational system.”

What that means is that whether it is ASUU strike or coronavirus, time and space would no longer be a hindrance to learning. If ASUU says they are going on strike, we can hire lecturers to teach the students and online learning will take the place of ASUU.

“We are working on that and in six months, we would commission the education cloud. It is said that ‘once beaten, twice shy,’ and government has been beaten too many times by ASUU.”

The ministry spokesman said ASUU is gradually becoming unpopular because of its constant industrial actions, noting: “ASUU is gradually working itself out of relevance and they do not realise that 70 per cent of them can be thrown out of jobs with the introduction of online facilities.

“They don’t seem to know that if they push the government too hard, they will be will out of job with online learning.”

Meanwhile, the Joint Admission and Matriculation Board (JAMB), said it would go ahead with the sale of 2021/2022 Unified Tertiary Matriculation Examination (UTME) form, despite the seemingly logjam in academic calendar of most federal universities.

BREAKING: Fani-Kayode Speaks After ”Assaulting” Journalist As NUJ Turns On The Heat