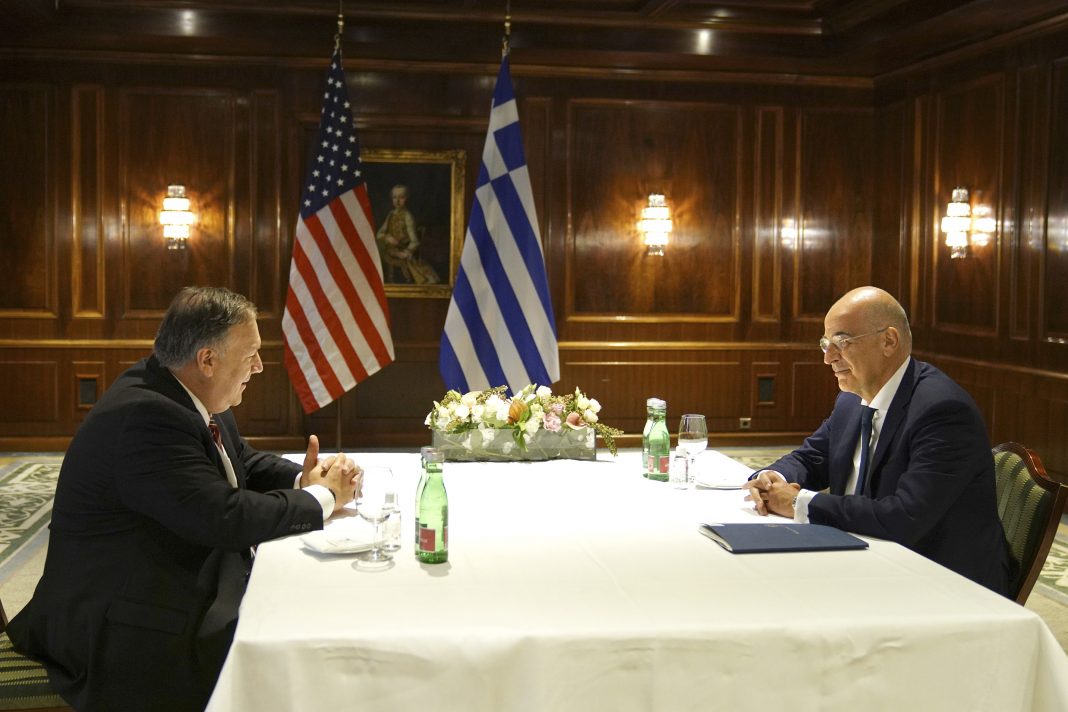 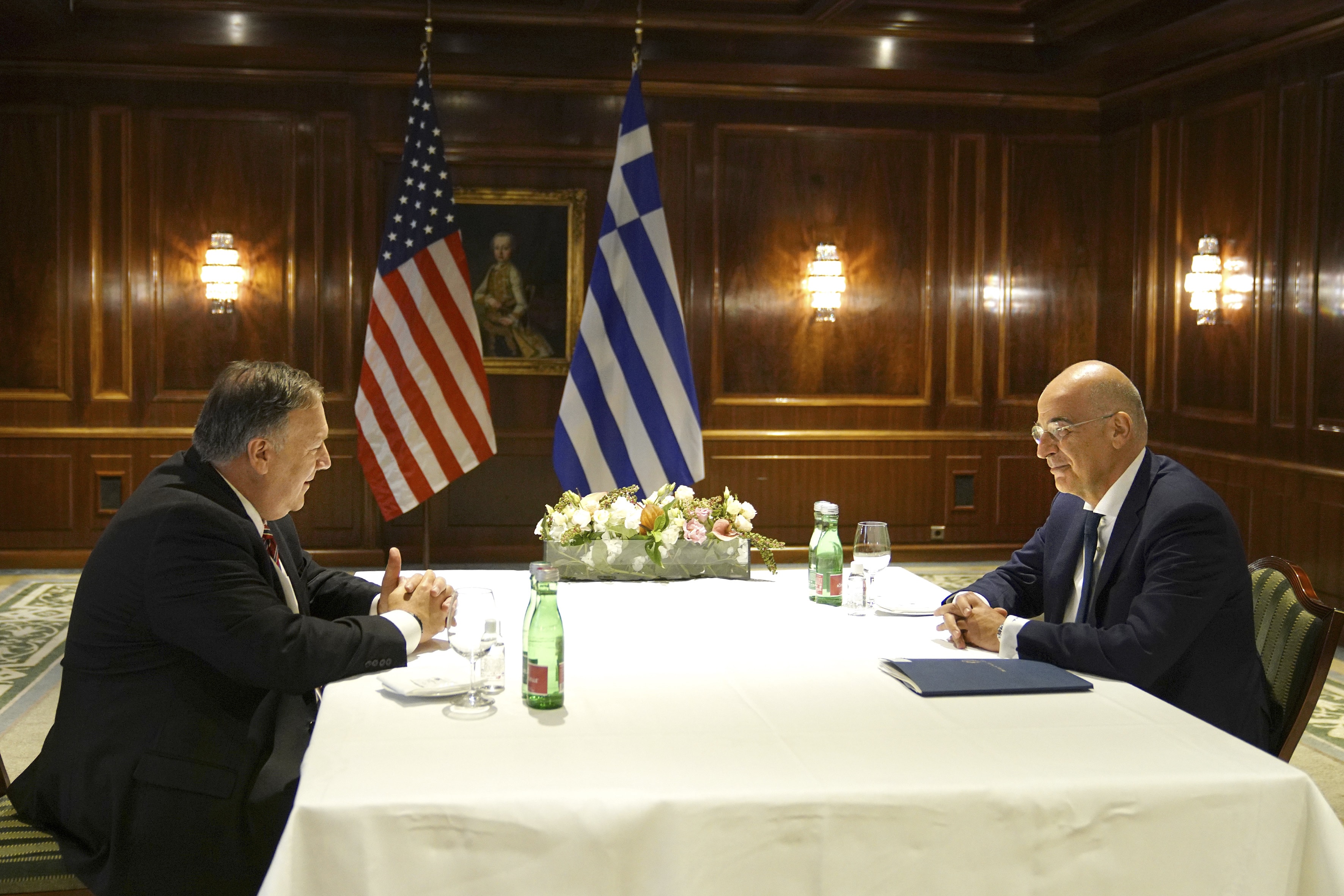 In the latest sub-chapter of the seemingly never-ending dispute over energy exploration rights in the Aegean and Eastern Mediterranean, Athens has again called for a strong signal of US support.  This time it received a hastily arranged high-level Vienna meeting to demonstrate US interest and concern, with a strong photo op to underscore the point in Ankara.  As usual, this meeting has become the top news item in all Greek media, topping even surprise Greek-French joint naval exercises in the proximity of the Turkish exploration vessel Oruc Reis.

As US Secretary of State Mike Pompeo was already scheduled to be in Vienna on August 14 as part of a swing through Central Europe, Greek Foreign Minister Nikos Dendias needed to fly there for this special meeting.  It is unclear at this point which side actually requested the urgent Vienna meeting, but Athens has been conducting what has been labeled a “diplomatic marathon” in recent weeks to internationalize the issue of aggressive Turkish behavior, so this particular meeting crowns the list comfortably and sells extremely well at home. In this period of frenetic diplomatic activity with FM Dendias practically living aboard a plane, it is almost certain that Greece made the initial request. Nevertheless, in view of the tense situation in the Eastern Mediterranean, the meeting is very timely from Washington’s perspective.

At home Pompeo is already facing increased pressure from two US senators (Robert Menendez and Chris Van Hollen) and a number of congressmen in the form of a series of letters, as well as statements from Greek-American activists to take a tougher stand against the recent provocative Turkish energy exploration activities, making the Vienna meeting important as well from the Washington perspective.

Clearly intending to influence the Pompeo-Dendias discussion, the senators’ letter suggested that “The United States and the European Union should immediately develop a plan of comprehensive joint sanctions that would be imposed on key sectors of the Turkish economy if Turkey continues to pursue illegal actions in the eastern Mediterranean and refuses to resolve these matters through an impartial international tribunal.”

With news of the Turkish lira’s steady slide against the US dollar almost a daily staple in recent weeks, Turkey’s leadership and business community will obviously note the two senators’ suggestions with concern.

Upon conclusion, the Greek Foreign Ministry reported the meeting focused on the US-Greece bilateral partnership, regional developments and illegal Turkish actions jeopardizing regional stability, clearly the reason the meeting was scheduled in the first place. According to Greek media reports, Dendias argued the case for a more visible US military presence in the Eastern Mediterranean.