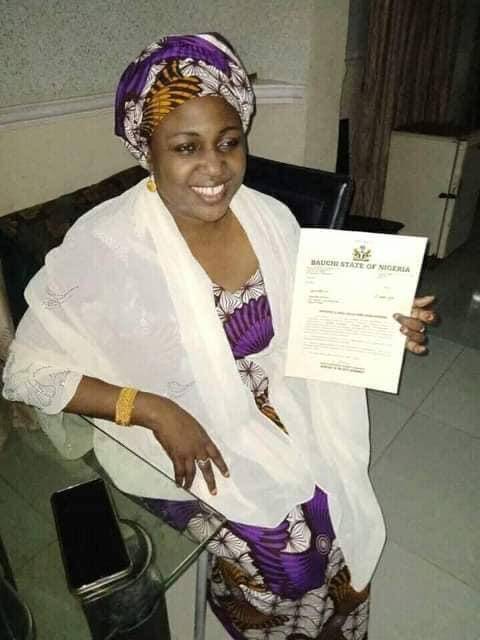 The Bauchi state government has cleared the air on the recent appointment of an aide to the governor on women affairs which became a subject of controversy in some quarters over the emphasis on the title, “unmarried”, noting that the appointment has a specific responsibility of handling matters related to widows and divorcees, not “UNMARRIED” WOMEN as being bandied in some media.

A statement by Mukhtar Gidado, the SSA to Governor Bala Mohammed, said the wrong word, was an error which has been regretted by the government, especially the governor. It, however, urged the Bauchi people to disregard the error and join the government consolidate on the already numerous transformation and developments taking place in the state.

According to the statement, “We refer to the letter by the Secretary to the State Government of 4th August 2020, conveying the appointment of Balaraba Ibrahim as Special Assistant Women Affairs to His Excellency, Senator Bala Mohammed, CON, Executive Governor of Bauchi State.

Owing to various interpretations given to the word “unmarried” which appeared in parenthesis, after the title, we find it compelling to make the following clarifications:

1. As a responsible Government, the Administration of Senator Bala Mohammed has always placed high premium for the inclusion of everybody in Bauchi State, in its socio-economic policies. In this regard, the Government has made the recognition, empowerment and rehabilitation of vulnerable groups, as well as women and the youth, a primary focus of social inclusion.

2. Anyone who is familiar with the socio-cultural and economic environment of Bauchi State will agree that widows and divorcees, in many cases for no cause of theirs, constitute a very significant segment of the vulnerable population of the state and who, by the fact of citizenship, deserve to be addressed and accorded some special attention. It is instructive that some states in the Northern part of the country have long recognised the importance of rehabilitating this group whose plight, if not ameliorated, could and most often, lead to other social problems.

3. It is a matter of interest that, in recent times, members of these groups, who are mothers, sisters, friends, ex-wives and above all, citizens and human beings, have been sending representations to the Government to establish a channel of communication whereby their plight can be addressed like those of other groups in the state.

4. After due consideration and in keeping with his campaign pledge not to leave anybody behind, the Governor graciously acceded to their request hence the appointment of a special assistant on women affairs, with the specific responsibility of handling matters related to widows and divorcees, not “UNMARRIED” WOMEN. As was clearly stated in the letter, Balaraba Ibrahim’s choice was based on her abilities and gender advocacy.

5. Unfortunately, while producing it, the word “unmarried” was inadvertently introduced into the letter. This is a clear mistake of the head; not of the heart which the Government sincerely regrets.

READ ALSO:   2023: Sunday Ighoho's Aide Reveals Why There Will Be No Election In Yorubaland

6. Governor Bala Mohammed is sincerely pained that this error could have caused the women of Bauchi State and elsewhere, considerable distress and embarrassment. He has therefore directed that his personal apologies be conveyed to all women of Bauchi State, particularly the widows and divorcees whose interests he has vowed to protect and advance, always.

7. Finally, Governor Bala Mohammed enjoins the good people of Bauchi State to put this matter behind us so that, together, we can sustain the achievements that have been recorded, so far, in diverse areas such as youth empowerment, infrastructural development, rehabilitation of schools and primary healthcare centres, amelioration of the plight of senior citizens and retirees and the harmonious relationship between the Executive and the Legislature.”

FIFA to approve five substitutions ahead of football return

JUST IN: Plane Skids Off Runway At Lagos Airport