Home Entertainment BBNaijaLockDown:I’m Attracted To You, But Not Physically – Erica Tells Laycon (video) 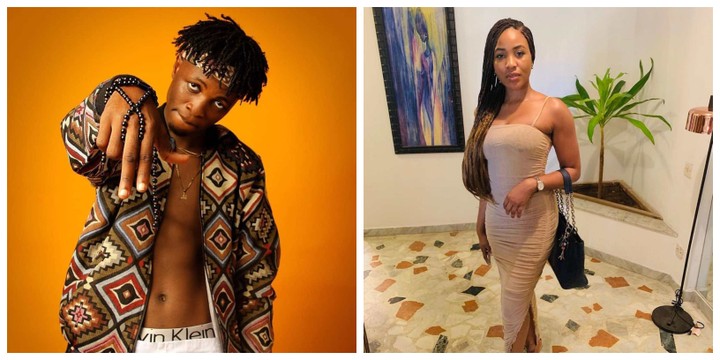 BBNaija housemate, Erica has opened up to Laycon that she is not in any way attracted to him physically, but mentally.

She made this known to the rapper during a discussion yesterday after he approached her to reiterate his interest in her.

Recall that Laycon had told Erica on Tuesday that he had feelings for her and cares about being in a relationship with her.

However, hours later, Erica and Kiddwaya had a steamy session in bed.

Seeking clarifications on Tuesday night, Laycon approached Erica to reveal her feelings for him.

READ ALSO:   He lost interest in our relationship, but I don't want our son to grow up without a dad - Tanasha Donna reacts to Diamond Platnumz's decision to move on

“I’m mentally attracted to you but attracted to Kiddwaya physically. I’ve decided not to overthink anything with Kiddwaya ,I just want to be happy. Let’s just go back to how we were but I hate making others feel bad.”