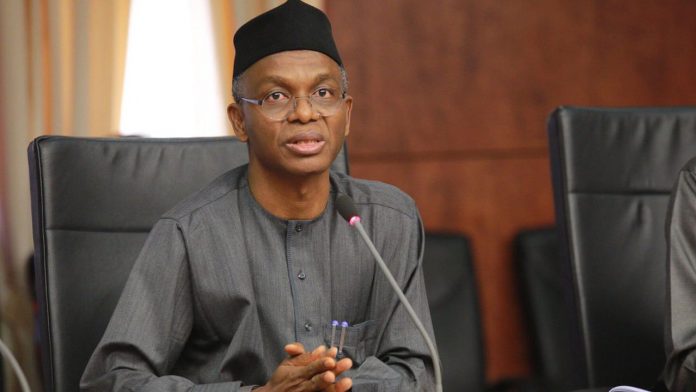 Kaduna State Governor, Nasir El-Rufai has vowed to sack doctors and other health workers threatening to embark on strike.

He said his administration would not succumb to blackmail by the doctors.

El-Rufai, in a statement on Thursday night by his Special Adviser on Media and Communication, Muyiwa Adekeye, said he would keep the health facilities in the state running and protect workers who were willing to work.
.
The governor stated that the strike notice served by the doctors was “criminal” in view of the fact that the purported strike to be declared amidst the coronavirus pandemic.

.
El-Rufai added that his government would not be bent by the industrial action into excluding health workers from the mandatory donation of 25% salary by all civil servants to fund the provision of palliatives for vulnerable people impacted by the lockdown.
.
“The government rejects the strike threat and will regard persons who fail to show up at their assigned places of work as having forfeited their employment. Every health worker that is willing to work is required to sign the register at the Ministry of Health and the health institutions to which they are deployed.