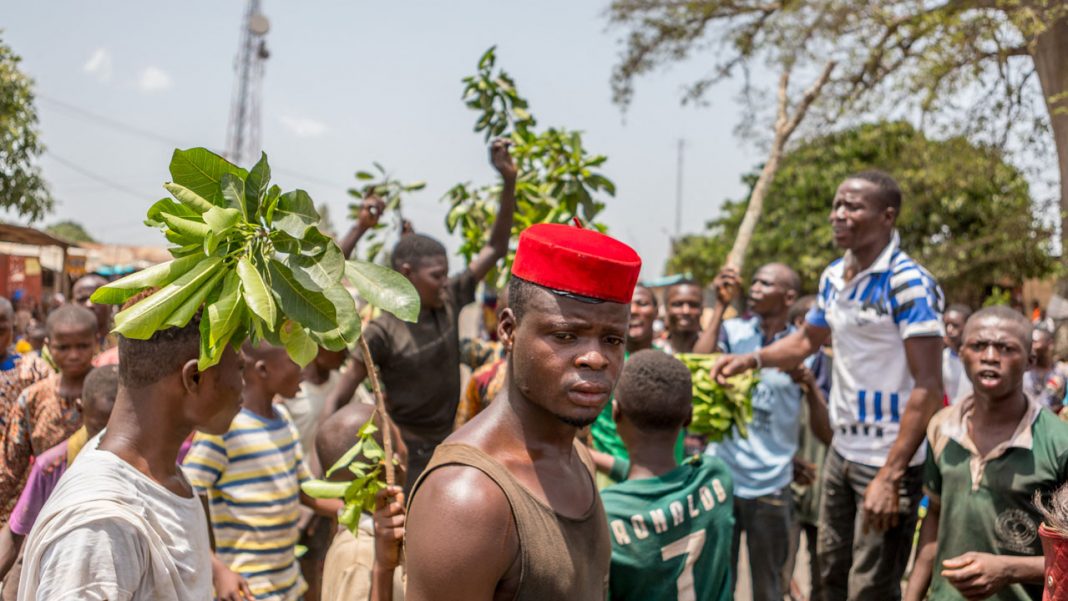 Benin troops fired tear gas to clear opposition protesters blockading a major road in the central city of Save on Thursday, three days before President Patrice Talon faces an election, an AFP correspondent at the scene said.

Talon is widely expected to win a second term in Sunday’s election as critics say he has sidelined his opponents, but protests began to erupt in opposition strongholds in the West African country on Monday.

A column of military vehicles arrived early in the morning in Save, destroying several makeshift barricades protesters had built across roads.

They fired tear gas, sending local residents running from near the barricades, and then moved in to try to clear a major roadblock, witnesses said.

READ ALSO:   I sacrificed my parents for Biafra, I will sacrifice everything – Nnamdi Kanu

“The soldiers arrived at the roadblock, they fired in the air to scare the demonstrators who were still there. The two large trucks which blocked the road were moved by their driver, but there are still large tree trunks on the way,” Michaela, a Beninese transporter stuck since the day before, told AFP.

A cotton tycoon first elected in 2016, Talon is widely expected to win facing two little-known rivals with most opposition figures either living in exile or disqualified from running in the election.

Tensions had been rising since Monday in several towns in central and northern regions where opposition figures have stronger political backing.

READ ALSO:   I've no accounts or property abroad...my hands are clean - Jonathan reacts to plans by FG to subpoena him

Once praised as a vibrant multi-party democracy in an often troubled region, critics say Benin has slipped into authoritarianism under Talon as his political foes were targeted in a crackdown.

Watch Moment Professor is attacked By Thieves While On Zoom Class As His Students Hurriedly...