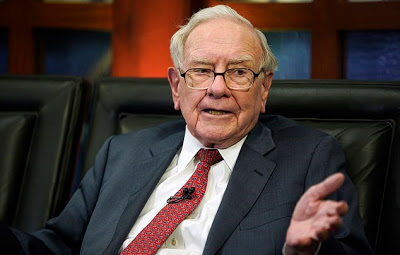 Berkshire Hathaway has sold all its airline stocks because of the coronavirus pandemic, but Warren Buffett is telling investors they should still ‘bet on America’.

The billionaire investor revealed the conglomerate has offloaded the entirety of its stocks in the US airline industry, waving goodbye to shares in United, American, Southwest and Delta Airlines, during the firm’s annual shareholder meeting Saturday.

In the same meeting, Buffett urged investors to hold onto stocks in businesses they like and to ‘never bet against America’ despite the mounting concerns over the long-term impact the virus is wreaking on the economy.

More than 30 million Americans have lost their jobs since the outbreak began and gross domestic product plummeted 4.8 percent in the first quarter alone, officially plunging the US into its first recession since 2008.

The airline industry has been one of the hardest-hit by the pandemic as borders closed, the federal government banned flights to and from some nations and stay-at-home orders have left the few planes still operating empty of passengers.

Buffett confirmed Berkshire has sold its roughly 10 percent stake in the four largest airlines because the ‘world has changed’ for the industry.

‘The world has changed for the airlines. And I don’t know how it’s changed and I hope it corrects itself in a reasonably prompt way,’ he said during Saturday’s meeting, often dubbed Woodstock for Capitalists, which was held virtually.

‘I don’t know if Americans have now changed their habits or will change their habits because of the extended period.’

The chairman and CEO warned that the current downturn could have an impact on consumer travel habits going on far longer than the virus itself.

‘I think there are certain industries, and unfortunately, I think that the airline industry, among others, that are really hurt by a forced shutdown by events that are far beyond our control,’ he said.

‘I don’t know whether two or three years from now, that as many people will fly as many passenger miles as they did last year …The future is much less clear to me about how the business will turn out through absolutely no fault of the airlines themselves.”