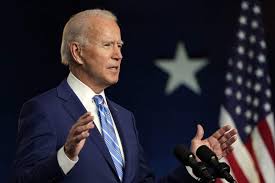 US President-elect Joe Biden will name on Tuesday the first picks to be part of his administration.

His chief of staff said Sunday, declining to say what positions will be announced.

READ ALSO:GEJ @63: ‘I Will Marry You Over And Over’ – Patience Jonathan Gushes Over Hubby

“You are going to see the first of the president-elect’s cabinet picks on Tuesday of this week,” Biden’s chief of staff Ron Klain told ABC. “You’ll have to wait for president-elect to say that himself on Tuesday.”