Home Gist Covid-19 is Bill Gates Projiect :THE OTHER CHRIS JOINS THE FRAY 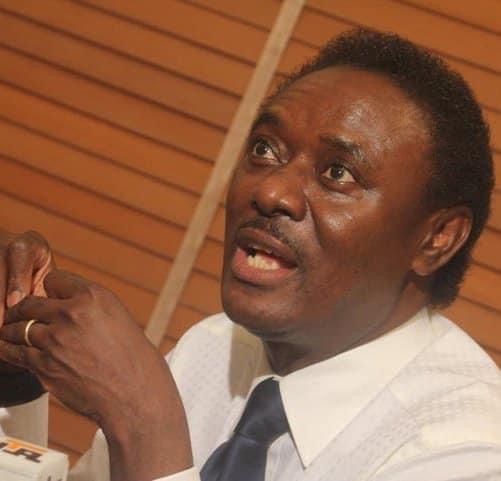 Rev Chris Okotie of the Household of God Church has condemned United States (U.S.) billionaire, Bill Gates, over his alleged role in the Covid 19 pandemic.

In an 80–minute video released early Sunday on YouTube, the pastor sensationally accused Gates of leading a global conspiracy to destabilise the world economy and execute a satanic agenda against the church.

He claimed that the Covid – 19 pandemic was a bizarre project conceived by the Billionaire, in association with some powerful elements in the multilateral institutions, supported by key leaders of governments around the world to achieve sinister objectives.

Okotie listed these objectives as a systematic reduction of the world population through increasing Covid – 19 deaths; enforcement of a global lockdown to ruin the economies of nations and impoverish the people and frustrate true worship of the Living God.

To back up this grave allegation, the Reverend quoted diverse scriptures and, in his usual biblical exposition of complex doctrines, explained from the Gates family tree, how the Billionaire figures in Satan’s end time assault on the church.

He used a rare revelation of biblical numerology to explain the names of three generations of the Gates family vis-à-vis their scriptural equivalents and their roles in the dispensational dealings of God with man.

Okotie deployed his famous teaching grace to explain how the roles of various key Bible characters like the Lord Jesus Christ, Adam, Eve, Solomon, David, Daniel and an event like Sodom and Gomorrah percolate down to the operations of Satanic forces in this age, including the rise of the LGBT.

The Pastor posited that the vaccine being developed to check the spread of Covid – 19 is a red herring meant to disguise the real sinister intentions of the purported antidotes for the pandemic, which he said, could ultimately cause death on a mass scale.

He criticized syncretism and ministers who are pursing the concept of one world religion, saying it was part of Satan’s overall plan to rubbish the uniqueness of the Christian faith, and sabotage the redemptive plan of God.