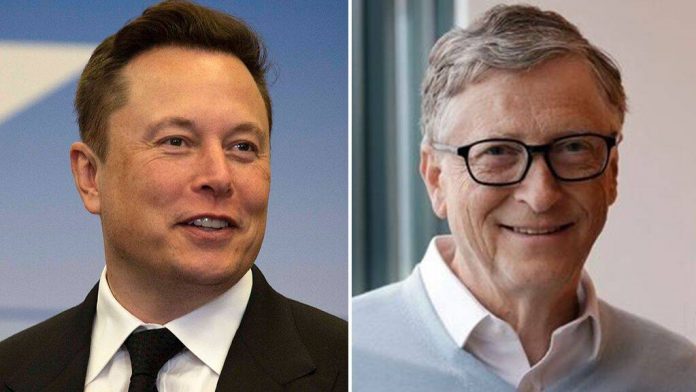 The duo, both billionaires, are lashing out at each other over differing stances on the COVID-19 pandemic.

On Thursday, he tweeted: “The rumor that Bill Gates & I are lovers is completely untrue.”

His reaction was sequel to Gates’ advise that Elon should focus on cars and rockets.

The tech guru told Musk not to involve himself in areas he has no knowledge of.

Earlier, Musk spoke against some of the restrictions put in place by governments.

Musk said there are a ridiculous number of false positive COVID-19 tests, in some cases, 50%.

He tweeted: “False positives scale linearly with number of tests. This is a big part of why COVID-19 positive tests are going up while hospitalizations and mortality are declining. Anyone who tests positive should retest.”

Speaking to CNBC, Gates stated that Elon’s positioning “is to maintain a high level of outrageous comments. He’s not much involved in vaccines. He makes a great electric car. And his rockets work well. So he’s allowed to say these things. I hope that he doesn’t confuse areas he’s not involved in too much.” 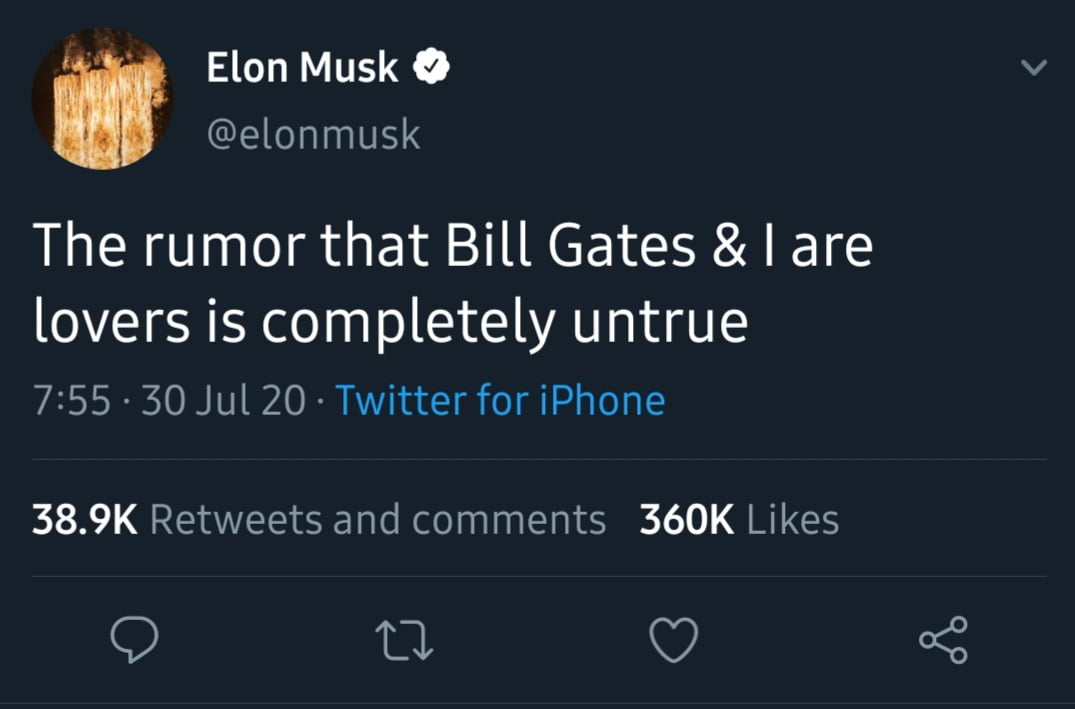