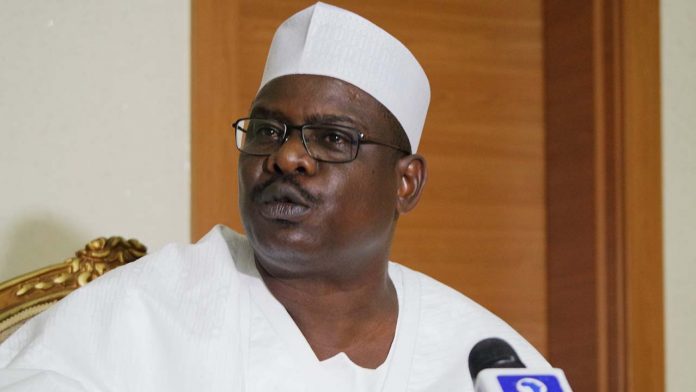 Senator Ndume has said he’s disappointed with Buhari Govt over its handling of Boko Haram sect.

Senator Ali Ndume, Chairman of the Senate Committee on Army, has said that he is disappointed with the President Muhammadu Buhari government for rehabilitating repentant members of Boko Haram.

Ndume spoke on Wednesday at the closed-door budget defense session with the Nigerian Army.

Ndume, who has always seen the government’s deradicalizing of ex-Boko Haram members as a misplacement of priority, insisted that it was wrong for this administration to be resettling and pampering former terrorists while the country is still at war.

“I am in disagreement with the government,” Ndume buttressed.

The lawmaker, who represents Borno South, noted that members of the dreaded terrorist group who are captured during military operations can be kept as prisoners of war and later tried in accordance with the law.

Ndume pointed out that the recent “Damboa attack was carried out by a repentant Boko Haram member.”

The lawmaker said that “the repentant Boko Haram member was feeding the terror group information regarding the movement of the army.”

He said that it was unfair to have the government waste its resources on those who threaten the peace of the nation.