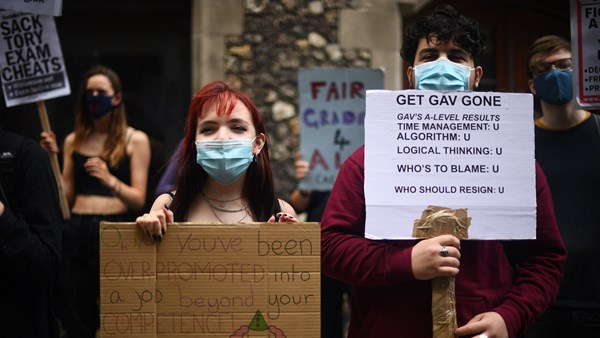 The British Prime Minister is “sorry for any distress” caused following the Government’s handling of exam results this year, a Number 10 spokesman has said.

Boris Johnson defied calls to return amid the A-level results fiasco earlier this month which left his Education Secretary Gavin Williamson hanging onto his job.

Mr Williamson pushed on with using the exams algorithm in England until he came under cross-party fire after nearly 40% of A-level students had their results downgraded.

Asked if Mr Johnson regretted the Government’s handling of exam results this year, and if the PM was personally sorry about the way things had panned out, a Number 10 spokesman said: “The PM is of course sorry for any distress that has been caused … Our focus has been and will be ensuring that students can move onto the next phase and ensuring kids can get back to school next week.”

Now is the time to get kids back to school. pic.twitter.com/yMxw595KUr

He added: “So, as the Education Secretary set out and as we’ve said a few times now, we’re of course sorry for any distress and anger that was felt by students around the awarding of exam results this year.

“The Education Secretary acknowledged that it was a difficult time and apologised for the distress caused.”

Mr Williamson was facing fresh scrutiny after he reportedly cancelled a key meeting to go on holiday in Scarborough the week before the A-level exams fiasco, according to The Sunday Times.

It is understood he was visiting his parents and is said to have kept in contact with the Department for Education during the trip.

Gillian Keegan, an education minister, was criticised after sharing photographs of herself in France as the results drama unfolded.

Mr Williamson appears to have “liked” several of the pictures.

Kemi Olunloyo makes u-turn, begs Davido to sign her to his record label

Atiku calls family of Uwa Omozuwa, as he calls for stricter laws against rapists