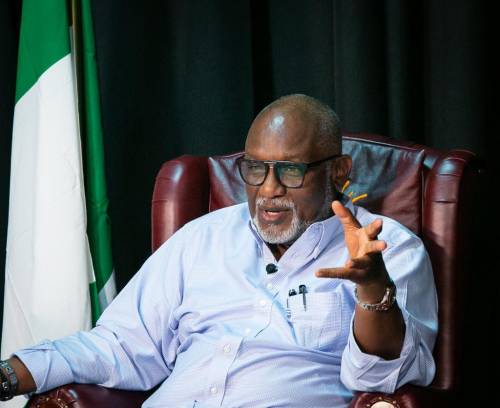 Few hours after sacking the Special Assistant on New Media to the Deputy Governor of Ondo State, Allen Sowore, the Chief Press Secretary to the embattled Deputy Governor, Babatope Okeowo has also been sacked by the Governor, Akeredolu.

Okeowo was sacked alongside five other aides of the Deputy Governor, Agboola Ajayi and his wife.

The aides of the Deputy Governor were sacked two days after their boss dumped the ruling APC for PDP.

Recall that on Sunday, Ajayi had quit the APC following months of frosty relationship with his boss, after which he picked the membership card of the PDP.

Shortly after his resignation from APC, the Deputy Governor disclosed that he will not resign from office, stressing that the people who gave him the mandate did not ask him to resign as deputy governor.

According to City News sources, the sack was not unconnected with the ongoing battle between his boss and Akeredolu.

#EndSARS: ‘There’ll Be A Revolution In Nigeria’ – What TB Joshua Earlier Said About #EndSARS(VIDEO)

Coronavirus: I’m yet to recover from COVID-19 – El-Rufai

Woman angers family after changing ‘complicated’ name without telling them