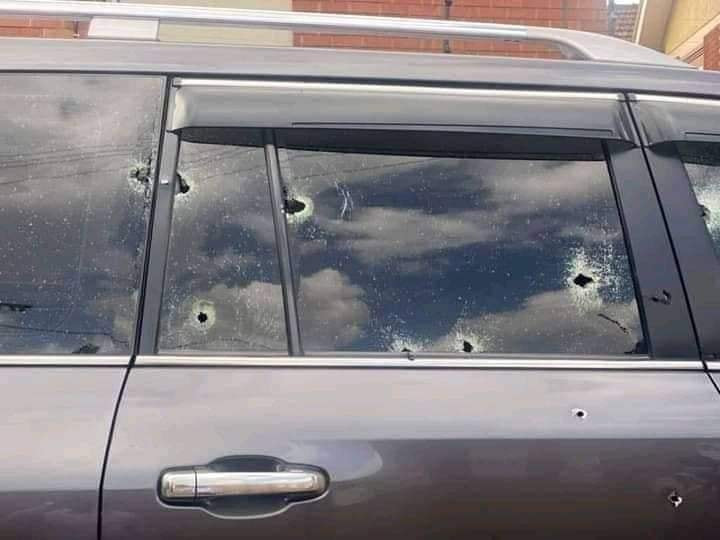 Gunmen attacked a car carrying Ugandan Minister of Works and Transport, General Katumba Wamala, in an attempted assassination, killing his daughter and driver.

It was gathered that four attackers on motorcycles opened fire at a vehicle carrying the former army commander, in the Kampala suburb of Kiasasi, on Tuesday morning, June 1. 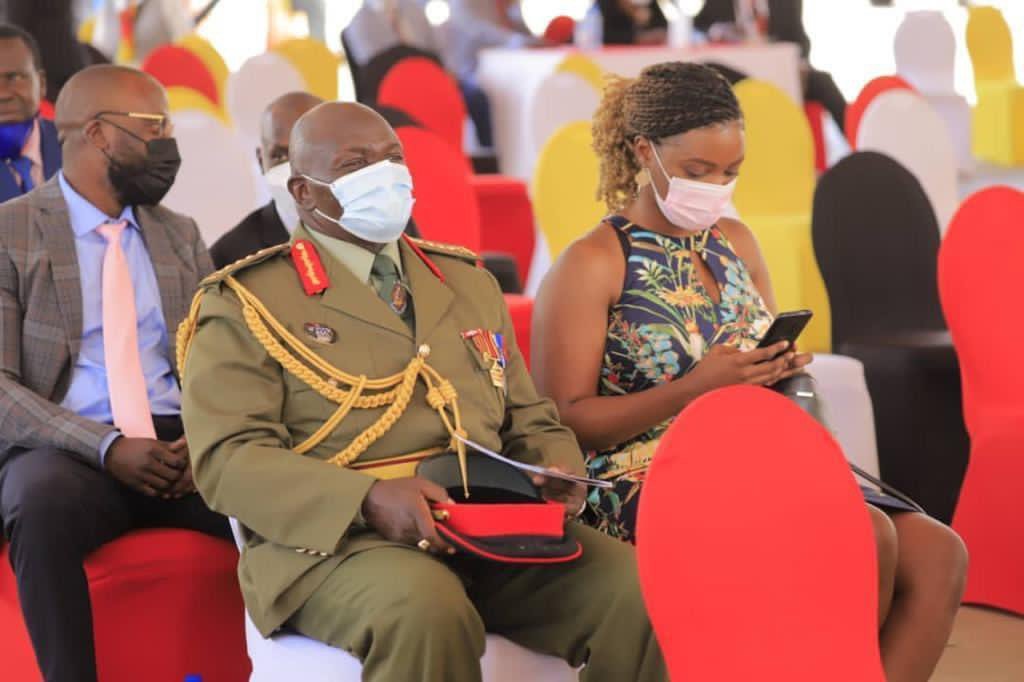 According to reports, the assailants trailed Gen. Katumba’s vehicle with reg number H4DF 2138 before opening fire on them.

General Wamala survived with bullet wounds in his left arm and chest and was rushed to Malcom Clinic and later Nakasero. Unfortunately, his daughter Brenda Nantongo Wahala and driver Haruna Kayondo died on the spot.

The former commander was reportedly on his way to attend a vigil for his mother-in-law at the time of the shooting.

Images circulating on social media showed Wamala with his mouth open, in apparent distress beside the car and his light-colored trousers splattered with blood. Images also showed bullet holes in a car window and casings on the ground.

“There was a shooting involving him … he is hurt and he’s been taken to the hospital, his driver was killed,” said Army spokeswoman Brigadier Flavia Byekwaso.

According to local media, General Wamala has enjoyed a distinguished career. Before appointment as works minister by President Yoweri Museveni in December 2019, Wamala had served as the Chief of Defence Forces (2013-2017) in the Uganda People’s Defence Force (UPDF).

Meanwhile,his daughter, Brenda had recently returned from the United States of America.

“Brenda had just returned from the US. She only started working recently,” said Joyce Ssentongo, an in-law to Gen. Wamala.

Ssentongo described the slain daughter as a humble girl who had a whole bright future ahead of her.