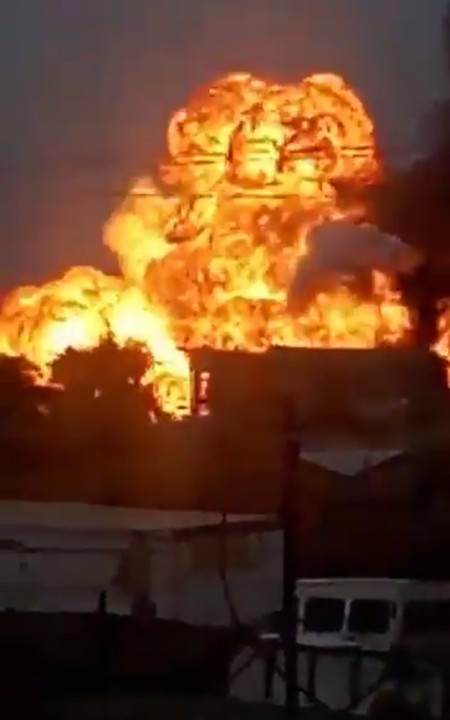 An unspecified number of people have feared dead on Sunday in the Oshigbudu community in the Agatu Local Government Area of Benue State, when a tanker conveying petroleum products fell and exploded.

Sources in the area told the Nigerian Tribune on the phone that the tanker fully loaded with petroleum products fell at the Oshigbudu-Obagaji junction which later exploded.

A local who simply identified himself as Enojo said that the fuel tanker was negotiating Ubagaji/Oshigbudu junction when it fell down and poured its content which spread to a filling station along Oweto axis and exploded.

Enojo said that the fire incident had destroyed major parts of Oshigbudu community.

According to Enojo, “the tanker fell down at a junction in Oshigbudu and while the contents gushed out it spread to a filling station where it exploded.

Enojo said that as at the time of speaking to our correspondent, “the situation is still tense we can not ascertain the number of lives lost but some people were caught up in the inferno.”

But confirming the incident, Vice Chairman of Agatu ocal government, John Ikwulono said that many people might have lost their lives in the tanker explosion.

Ikwulono said, “at the moment, we can not ascertain the number of death now, this thing (tanker explosion) happened at Ubagaji/Oshigbudu junction.

BREAKING : Mayhem In Osogbo After Cultists Kill One In Osun

I Deliberately Referred To Abacha Loot As “Abacha’s Assets” – Malami

Pastor Israel Oladele ‘Genesis’ To Remain At KiriKiri Prison As Court Throws Out His Bail...