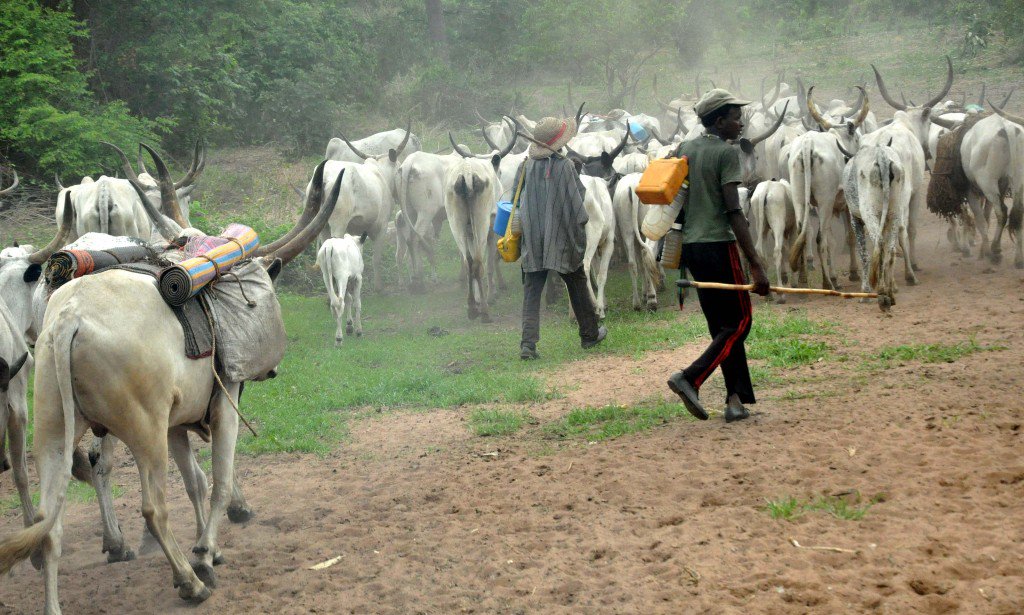 CityNews Nigeria reports that the indigenous union for Ileogbo, a town in Ayedire Local Government Area of Osun State, Ileogbo Unity Forum, has reacted to the recent call made by the Oluwo of Iwo, Oba AbdulRasheed Adewale Akanbi, for the relocation of Fulani herdsmen into his domain.

The union described the call as a threat to the security of lives and property of the people of the area.

The ancient forum, which is the central union for Ileogbo indigenes home and in the Diaspora, viewed the call with great concern, saying the people of Ileogbo would not subscribe to the influx of Fulani herdsmen into any part of Ayedire, Iwo and Ola-Oluwa Local Government Areas in general and Ileogbo Kingdom in particular.

In a statement jointly signed by the National President, Anthony Owolabi and Social and Publicity Secretary, Ayotunde Adedokun, they stated that the decision of the Forum was with a view to nipping in the bud likely danger posed by infiltration of areas by criminal elements who might disguise as herdsmen.

The press release said, “This call, by all of its intent and purpose is capable of engendering an influx of all manners of Fulani herdsmen into the three Local Government Areas that make up Ayedire/Iwo/Olaoluwa Federal Constituency and threat to security of lives and property of the people of the area.

“In spite of our firm belief in the right to freedom of movement by every Nigerian and the right to reside and conduct their lawful business in any part of the country, the people of Ileogbo will not subscribe to an unregulated influx of Fulani herdsmen into any part of Ayedire, Iwo and Ola Oluwa Local Government Areas in general and Ileogbo Kingdom in particular.

“This is with a view to nipping in the bud the likely danger posed by infiltration of the rank of resident Fulanis by criminal elements who might disguise as herdsmen.

“It is with pain and bitterness that we recall the bitter experience of the past which led to the sack of old Ileogbo by Fulani mercenaries that were contracted by Iwo community to wage war on the ancient town of Ileogbo around 1820.

“We want to assure all Fulanis who have been residing in the Kingdom for ages of our continued hospitality, but we urge them not to play host to criminal elements who may want to infiltrate their ranks for the purpose of perpetrating their evil acts. We want peace and development in Ileogbo.

“We hereby call on the sons and daughters of Ileogbo and all residents to report to law enforcement agencies, all strangers, whose conducts are suspicious. Security of lives and property is everybody’s concern.”

If I Had Second Chance, I’d Still Marry Odumakin — Widow

93-year old woman becomes an internet sensation after pleading for more beer while on coronavirus...