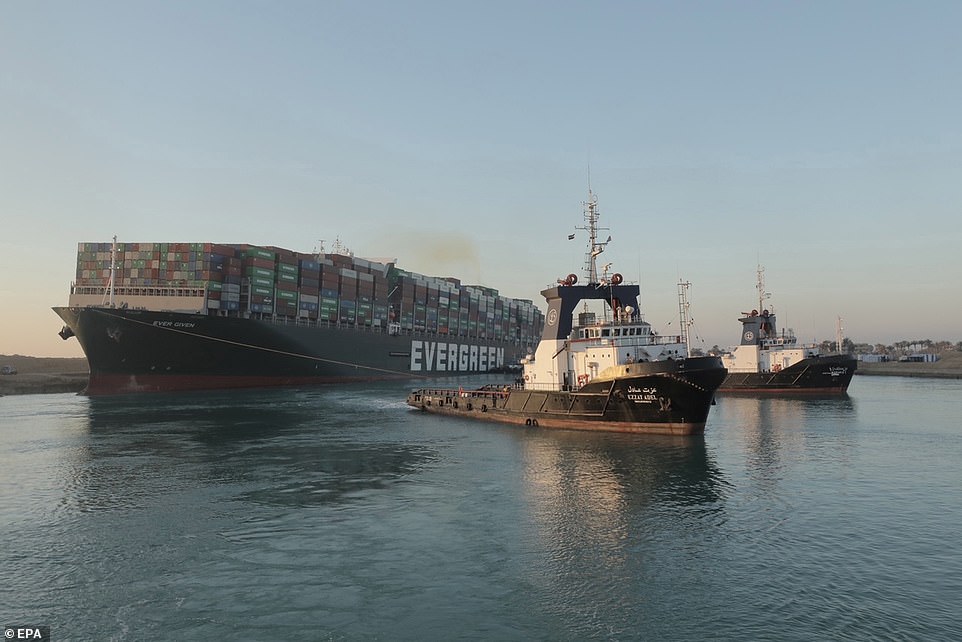 The massive container ship blocking the Suez Canal was straightened and partially refloated early today nearly a week after it ran aground on the vital shipping route and brought billions of dollars’ worth of trade to a standstill.

CityNews Nigeria learnt that night-time operations taking advantage of the supermoon king tide successfully re-floated the Ever Given early on Monday.

City News Nigeria recalls that the 1,300-foot ship had completely blocked shipping traffic on the vital Suez Canal for a week.

Meanwhile, satellite data early this morning showed the straightened Ever Given surrounded by a squadron of tugboats with its stern no longer appearing to be blocking the entire shipping route.

READ ALSO:   FG To Sell Oil In Naira To Dangote